FEATURE: What You Need To Know Before Re:ZERO Season 2, Part 2!

Do you remember all of the mysteries set up in Re:ZERO Season 2's first half? 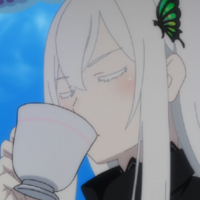 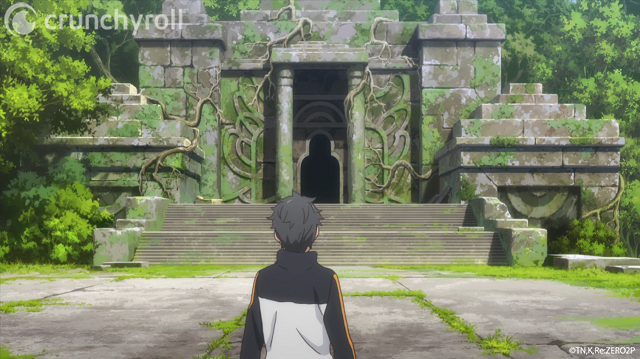 Spoilers ahead for Re:ZERO Season 2

As any fan knows, Re:ZERO -Starting Life in Another World- is a show with a sprawling, complex world. Its characters often have much more going on than they seem, and its mysteries usually come with more questions than answers. The second season aired its first half earlier this year, but so much happened it's totally understandable if you don't remember all the details. That's why we put together this quick refresher so you're ready to hop into Part 2 like the show never went away!

Rem, Crusch, and the Sin Archbishops

The first season culminated in Subaru and his friends defeating Petelgeuse, who possessed the Witch Factor of Sloth, which is now inherited by Subaru. This turned out to have immediate consequences, as his friends Lye and Regulus dropped by in the first episode of Season 2 to check out who killed him. In the process, Lye used his powers to "devour" Rem and Crusch, eliminating Rem from the memories of everyone except Subaru, as well as leaving Crusch without her own memories. This set off the events of the current arc, as Subaru naturally wants to help fix their situations and Beatrice tells him to head off to a place called the Sanctuary for the answers he seeks.

How exactly Subaru is meant to cure whatever is causing Rem's disappearance from everyone's memories is still unknown, but it is likely to do with Echidna and the other Witches or the revelation that Garfiel is the Apostle of Greed. 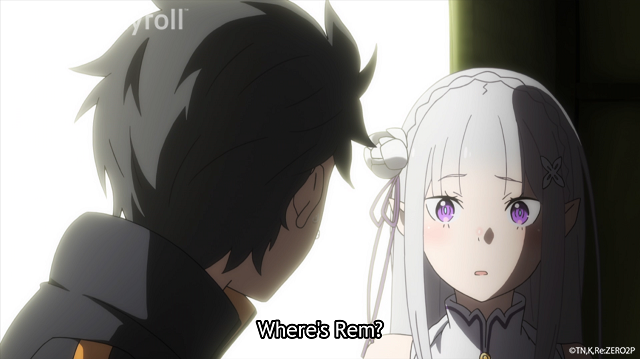 When Emilia and Subaru arrive at Sanctuary, they are met by the maid Fredrica's brother Garfiel, who takes them to their home of Irlam Village where Ram and Roswaal are also staying. It turns out Sanctuary — which Roswaal calls the "Witch's Graveyard" — is a place Roswaal is responsible for overseeing. It is also surrounded by a barrier that prevents those with mixed blood from leaving once they enter, meaning the residents of the village, as well as Emilia, are stuck there. When they find Roswaal, he is bedridden from injuries apparently received by attempting a trial that, if completed, would take down the barrier.

Later in the season, we find out the truth about Sanctuary — about 400 years ago, when the witch Echidna was alive, she used it as an area to experiment with methods of immortality, using clones of Ryuzu Meyer as her guinea pigs. This also gives us a hint about how Return by Death truly works, as Subaru makes a connection between how the Ryuzu clones' souls transfer to new bodies is similar to his own experience with reviving. Echidna's experiment eventually failed and she died, but Ryuzu and her clones are still around, with both Subaru and Garfiel able to control them as a result of going through the trials. 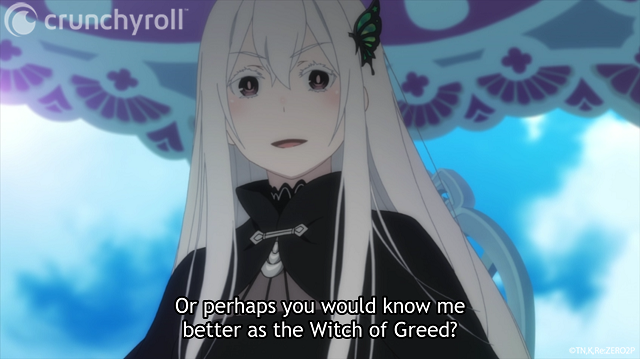 Garfiel claims that anyone who doesn't have half-blood and attempts the trial will end up like Roswaal, so driven by a desire to prove herself, Emilia steps up to the task. Unfortunately, she fails a few times over the course of the season, while Subaru manages to get through two of the three sections. Upon repeated loops, it becomes increasingly clear that despite Subaru's success, it may be necessary for Emilia to be the one to clear the trials, not just for her image in the village and Royal Selection but her own self-confidence as well. Throughout the season Garfiel is actively antagonistic toward Subaru for wanting to attempt the trial, which we eventually learn probably stems from his own experience trying to clear it himself.

How Subaru can help Emilia clear the trials, or if she even can, is still unknown. 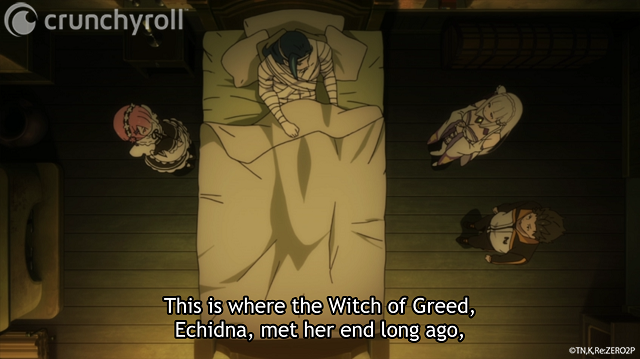 Largely an enigma in Season 1, we've learned quite a bit about Roswaal in Season 2, mostly how sadistic he can be when it comes to achieving his goals. It turns out he was fully aware that Emilia would be hunted by the Witch Cult, putting not only her life in danger but already ending the lives of many others, all so she could end the rumors about her connection to the Witch of Envy and increase her chances in the Royal Selection. He is also the cause of the snow that falls upon the Sanctuary before the Great Rabbit appears in each loop. We also see him unceremoniously kill Garfiel and Ram in one loop, ultimately sacrificing himself and revealing he knows about Subaru's Return By Death and will stop at nothing for even one timeline to work out in his favor.

To what end Roswaal is willing to commit such cruelty, we are still not privy. 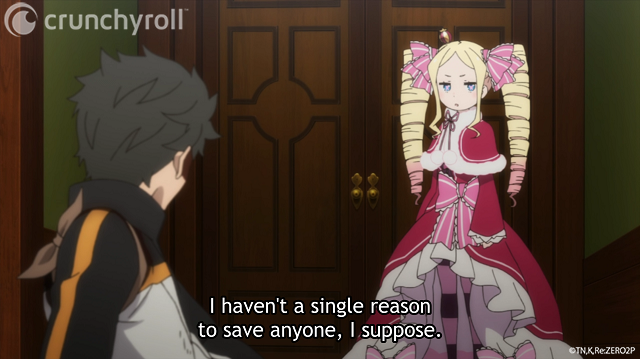 Another mysterious character, Beatrice has spent most of the show in her hidden library within Roswaal's mansion. Season 2 has given us more to chew on with a few revelations. When she learns of Petelgeuse's death, she grows visibly upset, much to our and Subaru's surprise. This is seemingly tied to her attachment to the book she is always holding, which turns out to be one of two true tomes of power beyond what the Witch Cult uses, the other being in Roswaal's possession. She is driven entirely by her oath to her "mother," and her actions are entirely dictated by what is written in her Tome, which seems to explain her reluctance to assist Subaru in more direct ways. Roswaal gives Subaru a special phrase  "I am that person" — which is somehow related to Beatrice's contract and can compel her to help him.

Eventually, we learn Beatrice's contract is likely to be with Echidna herself, that Beatrice's book hasn't actually had anything to tell her for a long time, and that Beatrice's true desire is to end her 400-year contract by any means necessary. Subaru believes he can assist by simply overwriting her current contract with a new one, but Beatrice is convinced the only options are for the person Echnidna promised would appear to finally show up or for Beatrice herself to simply die.

As of the end of the season's first half, we still don't know if there is a simple way to ease Beatrice's suffering. However, Echidna does tell Subaru she never had a specific person in mind when forming Beatrice's contract, so it seems likely that Roswaal's key phrase "I am that person" would cause Subaru to take up that role. Only time will tell. 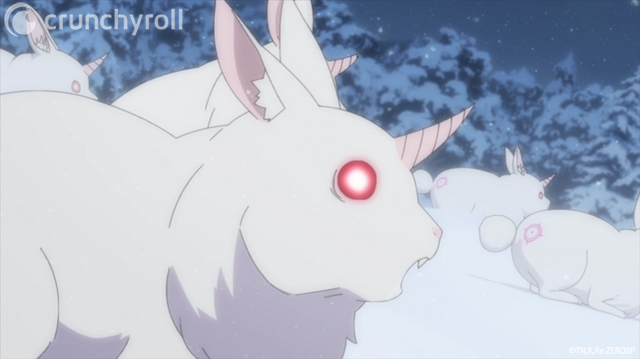 One of the three strongest Mabeasts, the Great Rabbit is an existential threat to the village and ends Subaru's life twice in the span of this season so far. Taking the form of a seemingly endless mob of tiny rabbits, they cause carnage on a huge scale with their endless appetites. Luckily, Subaru learned from their creator — the Witch of Gluttony Daphne — that they can be defeated by eliminating all of them at once and that a good lure would be a singular massive source of magic, so we can hopefully look forward to Subaru using this information to defeat them. 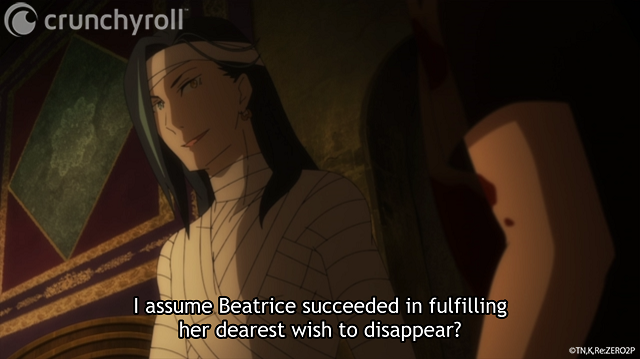 A few times, Subaru attempts to head back to Roswaal's mansion to talk to the maids and Beatrice and potentially orchestrate a more concrete plan for the village, only to have everyone involved be brutally murdered by Elsa the Bowel Hunter, a returning villain from the very first arc. Initially a mystery, we eventually do find out that the mansion attack was actually orchestrated by Roswaal himself in another attempt to force Subaru into action, choosing between Emilia and his friends at the mansion. Subaru's plan from here is unknown, but I think we can rest assured he won't fall into Roswaal's plans and will do whatever he can to save both parties. 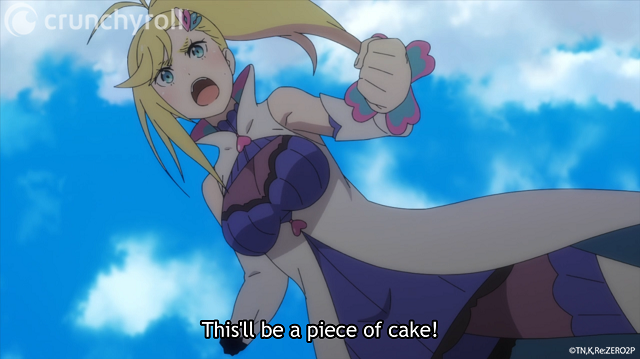 Echidna, the Witches of Sin, and Satella

This is where things get a little wild and hard to predict. All of the drama surrounding the barrier, the town, and the trials is relatively grounded, but Subaru also spends a lot of time with Echidna (the Witch of Greed) and her cohorts. While he and the audience are mostly concerned about the attack from the Sin Archbishops that left Rem in such a vulnerable state, Echidna makes it clear there is a much higher level plot going on at the same time to the point that Rem is deemed unnecessary for her ultimate plans for Subaru. The exact details of what that plot is are less clear, and despite meeting the various Witches briefly, it seems unlikely we'll get many definitive answers any time soon, but it is likely to do with her search for immortality and Subaru's Return by Death. Meanwhile, Satella spends some time in the second season attacking the village and berating Subaru for not loving himself enough, but much like the Witches, there are no clear answers on how to deal with her. 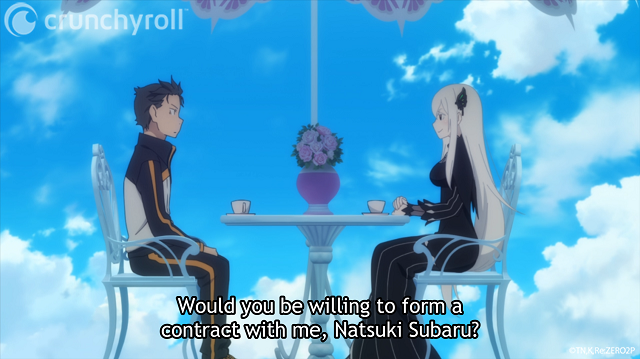 And that, more or less, is a quick rundown of the various plot point and mysteries Re:ZERO -Starting Life in Another World-'s second season has set up for us in just its first half. It's a lot to keep track of, and it isn't obvious how every piece is connected, but with Re:ZERO's level of forethought and world-building we can be sure each piece will be an important part of the larger puzzle.

What were your favorite parts of Season 2's first half, and what mysteries are you looking forward to being resolved in the future? Let us know in the comments below!

Tags
re:zero -starting life in another world-, re:zero, recap
« Previous Post
QUIZ: How Much Do You Know About One Piece?
Next Post »
Live-Action One Piece Promo Highlights 1000 Chapters of Moments Fans Will Never Forget
Other Top News
7 Comments
Sort by: