FEATURE: Where Some of Anime's Most Successful Directors Got Their Start 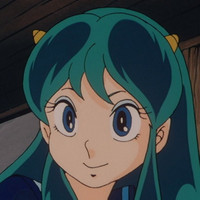 Hello everyone, and welcome to Why It Works. If you hadn’t noticed, Crunchyroll’s picked up some pretty tantalizing acquisitions over the last few weeks, including a film I’ve been meaning to watch for years: the Urusei Yatsura tie-in film, Beautiful Dreamer. In the film, the rom-com shenanigans of Lum and Ataru are transposed into an ambitious dream narrative where the nature of reality itself comes into question. Beautiful Dreamer’s deviation from its source material’s tone sparked controversy at the time of its release, but these days, it’s considered a classic of anime cinema — as well as one of the great works of its director, Mamoru Oshii. Yes, that Mamoru Oshii. 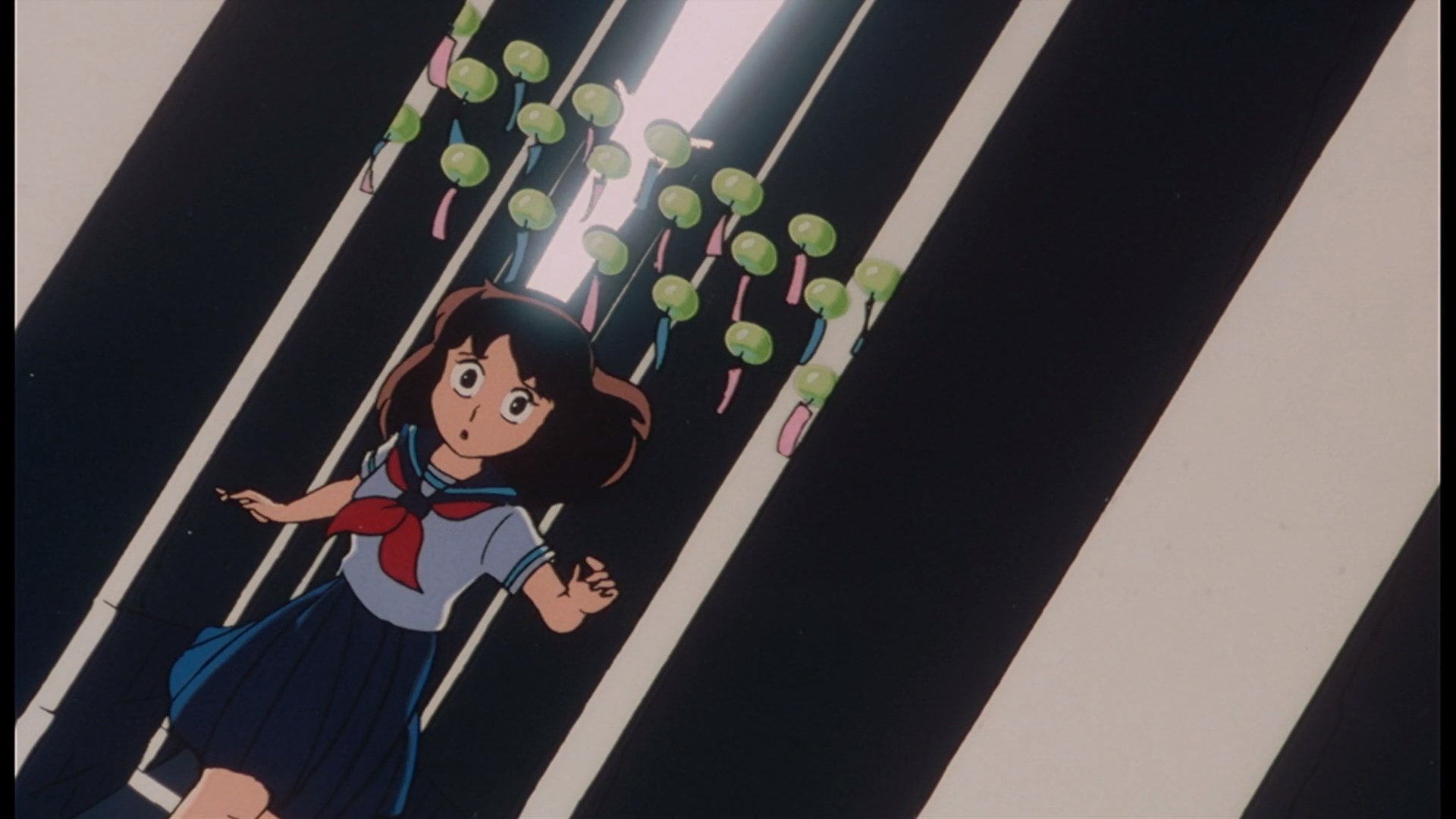 Though Oshii would eventually become renowned for directing films like Angel’s Egg and Ghost in the Shell, he didn’t simply emerge on the scene fully formed, as an auteur filmmaker with a full team behind him. Like all artists in anime, Oshii worked his way up, directing the first two seasons of the Urusei Yatsura anime before moving on to his film career.

Anime in general is kind of quirky that way. As a medium that’s largely aimed at young audiences, and which requires great capital and human resources to create any sort of larger product, anime’s “legendary film directors” rarely start off directing legendary films. Instead, they generally work their way up through the TV production pipeline, frequently attached to projects that seem wildly out of character, but which nonetheless demonstrate and cultivate their signature talents. Today I’d like to highlight just a few other legendary artists’ origin points and scratch at just how those roots informed their later works! 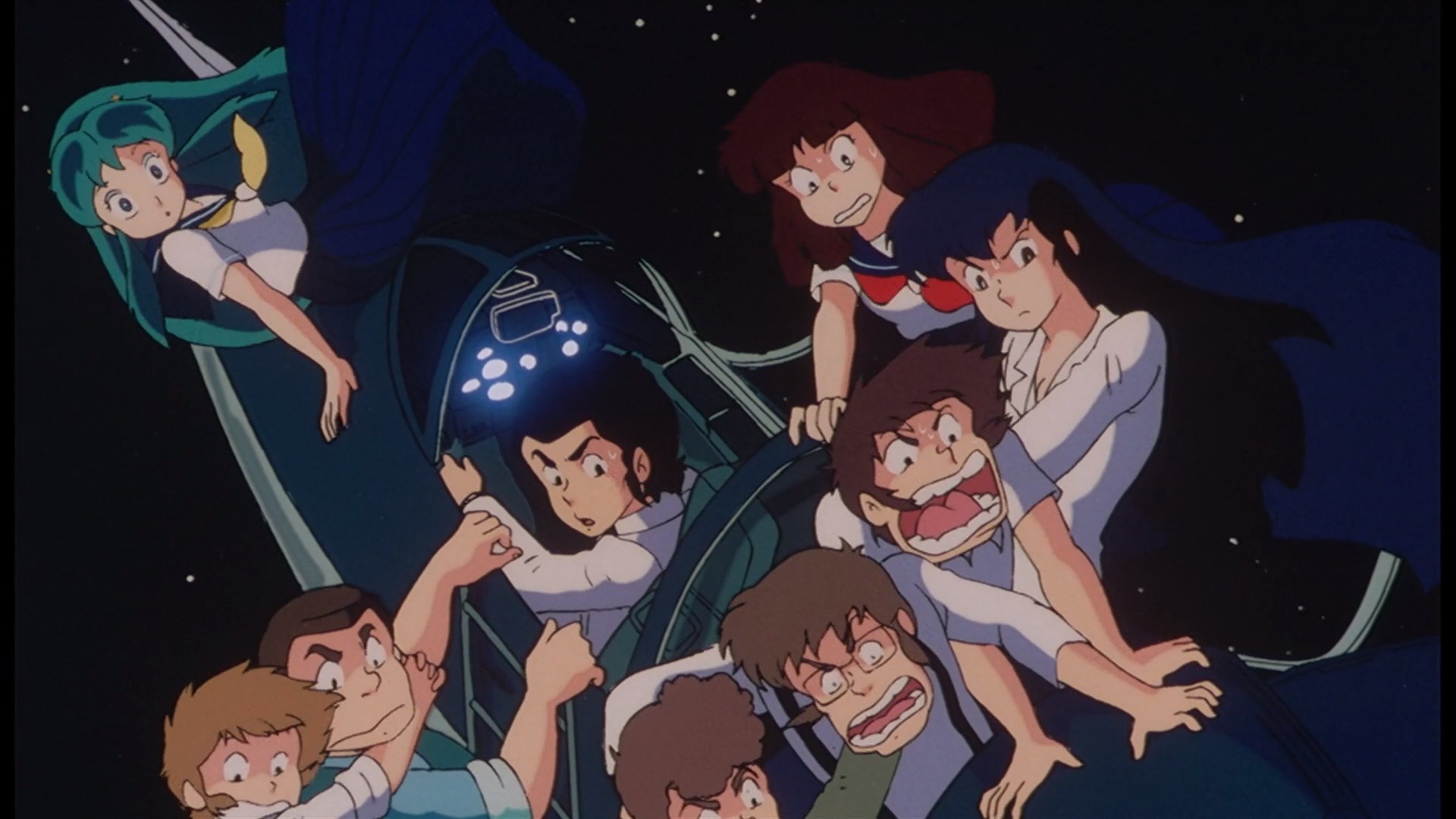 First off, if we’re talking about legendary anime film directors, then we can’t really avoid discussing Hayao Miyazaki. Miyazaki has gained worldwide acclaim for his feature films, which tend to blend traditional adventure narratives with a focus on the beauty of the world around us. Even though Miyazaki would only begin directing original films with Nausicaa, all of the seeds of his later work were planted decades earlier, when he collaborated with his mentor Yasuo Otsuka and future Ghibli partner Isao Takahata on the 1968 film Horus, Prince of the Sun.

Having established this early partnership with Takahata, Miyazaki went on to direct a group of television series that collectively embody the appeal of his later work: the madcap action of Lupin III, the coming-of-age drama and technological wonder of Future Boy Conan, and the magisterial naturalism of the World Masterpiece Theater productions. By the time Miyazaki began directing his own films — still working within the Lupin III universe, via The Castle of Cagliostro — all of the components that would define his output were honed to a fine point, and he’d already been collaborating with Takahata for 15 years. Given that history, it’s no surprise that Miyazaki’s very first films are still considered classics today. 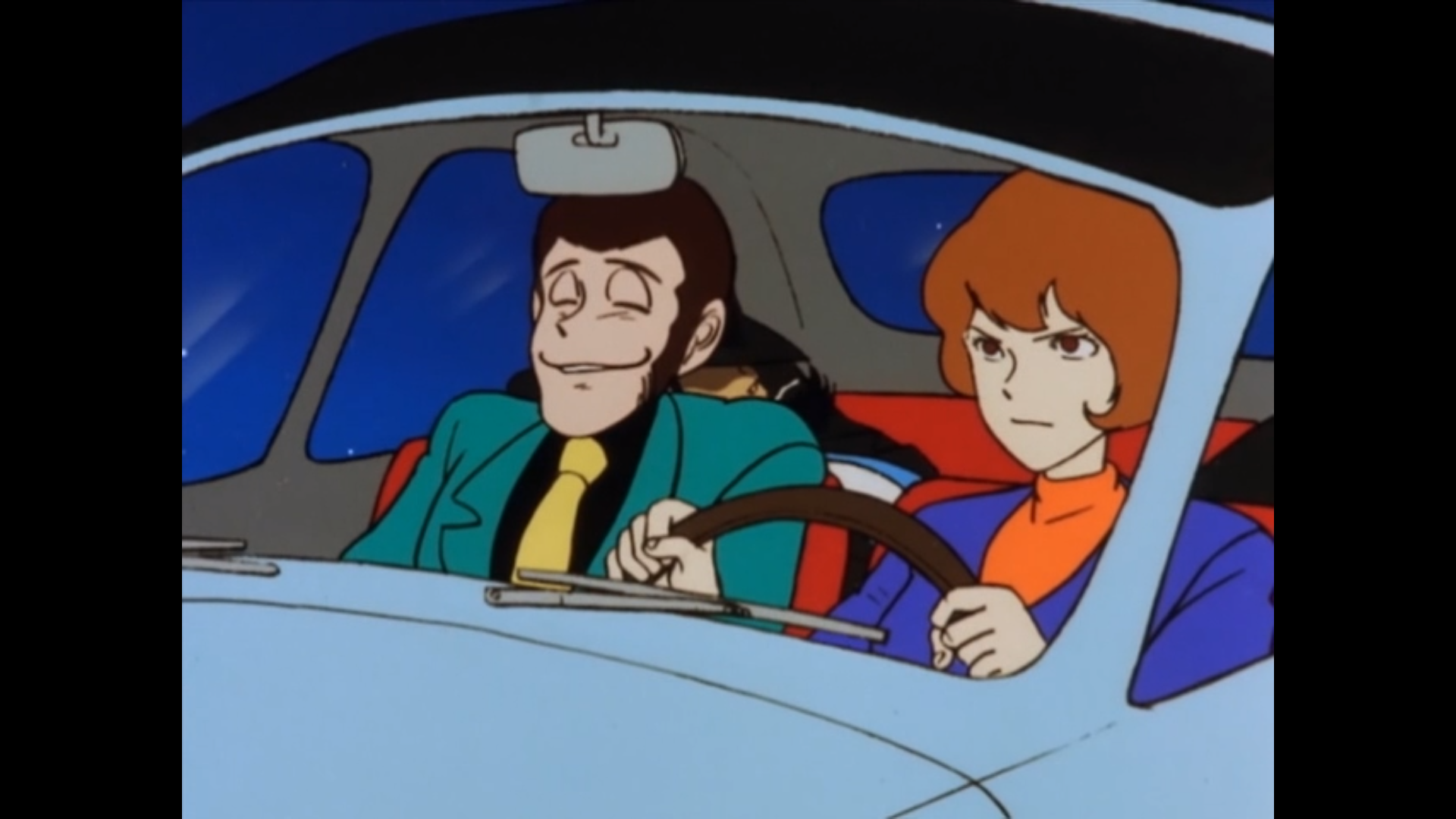 Mamoru Hosoda, the acclaimed director of Wolf Children, The Girl Who Leapt Through Time, and other terrific films, was actually inspired to work in animation when he first saw The Castle of Cagliostro. Hosoda would make multiple attempts to collaborate with Miyazaki and was even briefly set to direct Ghibli’s adaptation of Howl’s Moving Castle, but his journey up the anime ladder ultimately took him in a different direction. Hosoda was picked up by Toei Animation, where he’d eventually direct two Digimon Adventure films. After directing Digimon Adventure: Our War Game!, he’d return to that same concept of collaborative battle in a virtual space for his later Summer Wars — and then again, for this summer’s upcoming Belle. Plus, it was actually his work on the phenomenal children’s anime Ojamajo Doremi that caught the eye of Madhouse producers, leading him onto his distinguished film career.

While Hosoda seems to be inspired by the narratives of his early franchise work, other directors bear their early influences in their visual style. So it goes for Masaaki Yuasa, whose mutating, impressionistic canvasses feel reminiscent of his early work, animating shows like Chibi Maruko-chan and Crayon Shin-chan. Children’s anime frequently allow for a more freeform, imaginative approach to character modeling, as children are generally less demanding of aesthetic consistency in their work. This situation creates a unique opportunity for a director like Yuasa, who seems to love exploring the limits of representational animation, as well as how drama can be conveyed through purely visual means. Through more recent works like Kaiba and Kick-Heart, Yuasa returns to the mutability and playfulness of form he was able to exercise through children’s animation. 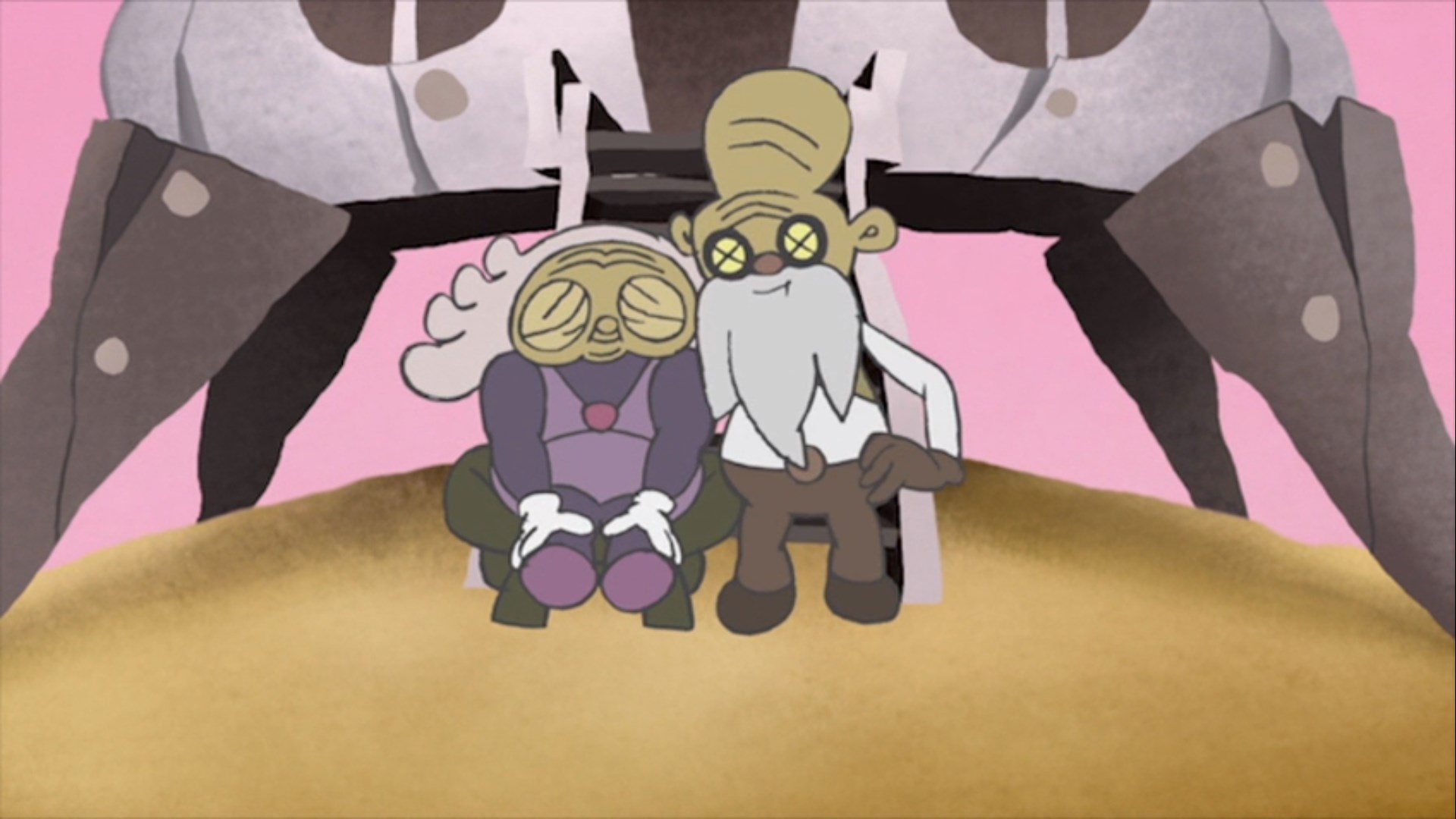 Finally, if you know me, you probably know who I’m going to end this with. It almost feels like cheating to mention her, but it’s undoubtedly true that Naoko Yamada’s evolution across the two seasons of K-On! is one of our clearest recent artistic evolutions. As the consistent gags of the first season give way to an indescribably rich sense of place in the second, you can see a great director taking wing and establishing the style that would inform some of the best anime films of recent years. It is inspiring to see an artist at the height of their powers, but it can be fulfilling in a very different way to catalog their journey to that state — to see the works that moved them and sculpted their talents, and realize that even for the greatest artists, the process of achieving that excellence is a long journey. For anime’s great creators, their early works offer both inspiration and education — for them as creators, and for us as lovers of their art.

Who is your own favorite film director, or who do you think will be next to ascend to the cosmos? Let us know in the comments!