FEATURE: Who We Think Should Win Employee of the Month from Heaven's Design Team

Everyone in Heaven’s Design Team is good at their job, but who turned in the most work over the course of the show? Find out after the jump! 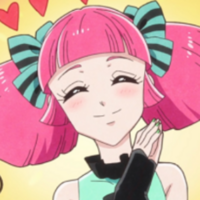 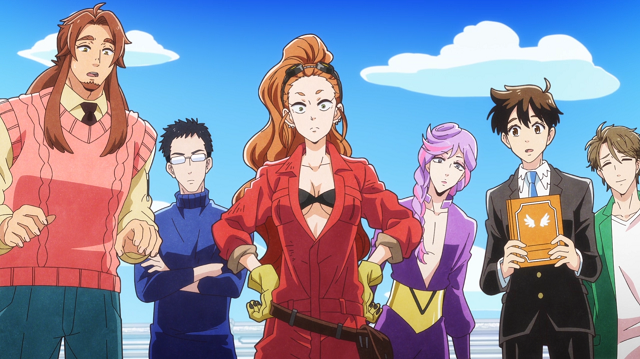 Earth is full of strange and interesting creatures, and in the world of Heaven's Design Team, those creatures are invented by a team of imaginative individuals hired directly by God. Throughout the course of the show, God brings many requests to this team, ranging from the specific to the abstract to the outright bizarre. Each designer takes a crack at these assignments in their own unique way, but today I want to find out who the most successful designer in Heaven's Design Team is. Let's determine the Heaven’s Design Team Employee of the Month by counting the number of approved designs each character came up with over the course of the show! 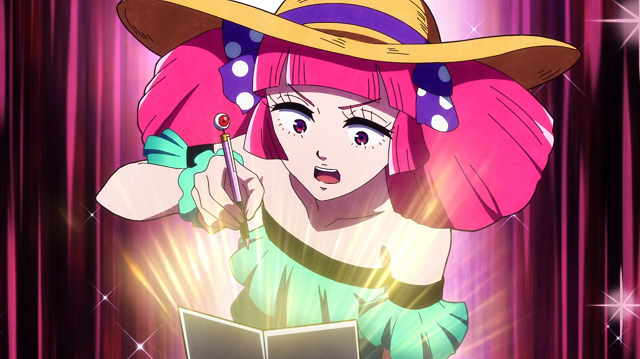 1) Each design counts for 1 point.

2) Because design is often a collaborative effort, everyone who contributes to a design gets a point here. Very often in the show (and in real life), someone will come up with a good idea that has a fatal flaw they didn't consider and someone else will help by coming up with a solution to that problem. So many designs just wouldn't exist without people putting their heads together, so it only seems fair to credit everyone involved.

3) I won't be counting flat-out rejected designs against anyone unless they break a tie.

4) There are 11 instances where either no one, in particular, was credited, or essentially everyone was credited as they were doing a full collaboration. No one is getting points for any of them. For the record, though, they are the two Hell designs, seven whale and dolphin designs in Episode 2, the elephant in Episode 3, and the camel in Episode 13.

With that out of the way, let's get to the results. 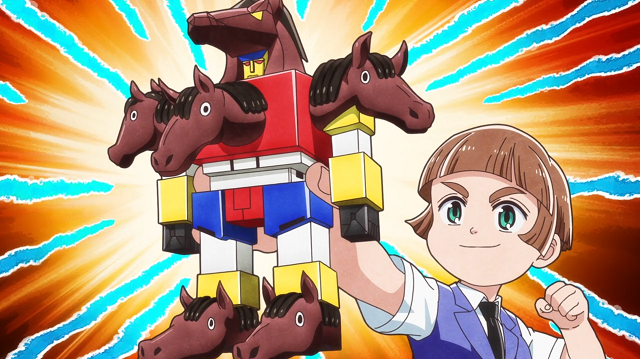 Kenta is the curious grandson of Saturn, known for forcing the designers to stretch their imaginations with his ideas and the Insect Department is filled with unnamed characters who do research on insects — both minor characters, but each managed to design something that got approved along the way. Mars is a mainstay in the series, as the reliable engineer who tests the designs her coworkers come up with to see if they would actually hold up on Earth. While not a designer herself, she still secured a point along the way. 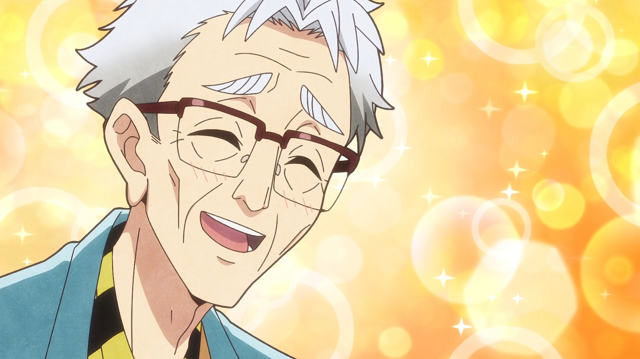 Saturn is an old man whose claim to fame is designing the horse. While every designer has a "masterpiece" that they are known for, Saturn's love of the horse goes above and beyond. He is constantly trying to recapture the beauty and elegance of his most beloved creation; this single-minded dedication proves to be a detriment to his design efforts, as horses are very particular creatures, and trying to apply their traits to other things tends to have horrible side effects. He's even had one design outright rejected. It's no wonder, then, that he ends up at the bottom of the list, with only a few designs having found their way to Earth, but he is proud of all of them. 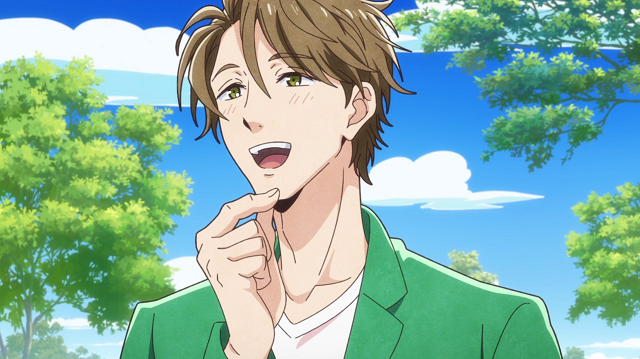 As expected from the designer of the cow, Jupiter's main priority in design is how good they taste. He is so curious about the cuisine possibilities of the animals that he will even go out of his way to taste test ones designed by his friends — and at one point accidentally corrupts the design of one of Neptune's otters by getting it addicted to seafood when its teeth were not properly set up to handle eating that kind of food long-term. While many are surely thankful for Jupiter's gluttony, his single-mindedness leaves him near the bottom of the ranks. 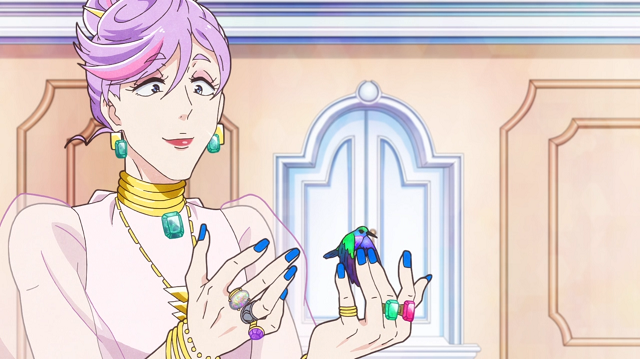 Always looking her best, Venus is a designer with a singular focus like Jupiter, except her priority is beauty. Her masterpiece is the bird, an elegant yet versatile design that allows for lots of variation without losing its functionality. Unfortunately, not all beautiful concepts are practical, which is often Venus' roadblock. She ends up tied with Jupiter in approvals but places one slot above him as she was only rejected once in the series, while Jupiter was rejected twice. 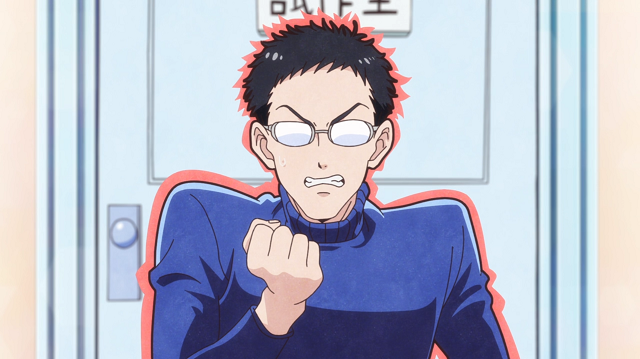 Mercury is a man of simple means, dressing and eating plainly. His approach to design is similar, finding elegant solutions to problems. This can be seen in the simple but effective design of his masterpiece, the snake. This problem-solving mindset allows him to rack up many points by solving major issues with prototypes from other designers — while everyone else has one or two assists, Mercury pulls ahead with a massive four, proving himself to be the best team player in the group. He proves that while it's nice to get fancy, sometimes the best solution is to just solve the problem right in front of you. 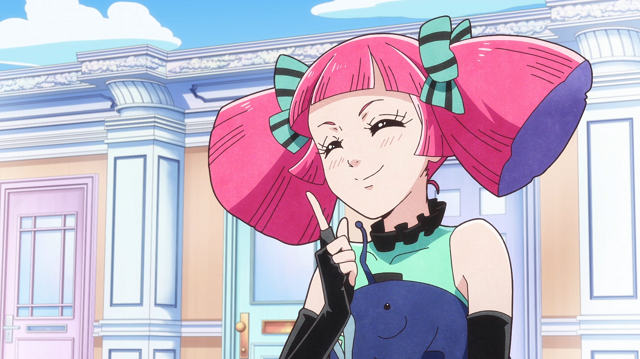 Looks can be deceiving, as the smallest but deadliest member of the group Pluto proves with her frightening designs. Much like Venus' focus on beauty, Pluto's obsession is with all things cute, but her sense of cute is a bit warped. Her designs are often outwardly grotesque, with a predilection toward the outright dangerous. It's no wonder that her most notorious design is the poisonous frog. Luckily for Pluto, the joy she finds in the morbid sparks inspiration over and over again. Anything is fair game for her, up to and including cannibalism.  This leads her to be the second most prolific designer in the show — even if her designs are often misunderstood by her peers, her sheer output is hard to deny. 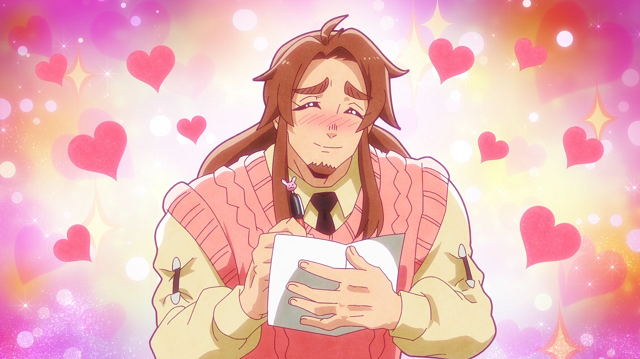 The biggest, kindest member of the design team is also the most successful. Neptune's designs just can't be matched. Neptune's masterpiece, the sea otter, is a perfect encapsulation of his design sensibilities: cute, soft, lovable creatures that can creatively adapt to their surroundings to ensure their survival. His preference toward cuddly designs comes with an appropriate desire to protect them, and he often focuses on how to keep them safe. This sometimes leads to some outlandish designs — in order to keep Jupiter's snakes from eating up all his squirrels, he designed ones that fight them back! But his willingness to keep revising his ideas until they work pays off, averaging one approved design per episode. Keep it up, Neptune! 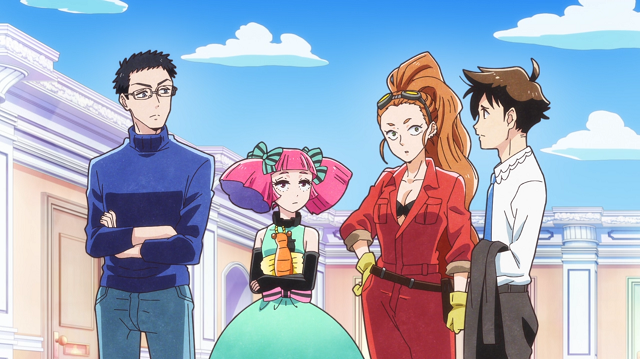 Those are the results of tabulating all the finished animals in Heaven's Designs Team. Beyond just proving Neptune's prowess as a designer, this goes to show there is great value in being curious and expanding your horizons when stretching your creative muscles. While none of the designers truly sacrificed their preferences, the most successful ones were willing to look outside their comfort zones for inspiration, and just like the animals they design, are adaptable in tough situations. Hopefully, you can find inspiration in that yourself as you encounter things you don't expect, in design and in life!

Did the results surprise you? Whose designs do you like the most? Let us know in the comments below!