FEATURE: The Special Way One Piece Uses Music to Enhance Its Stories

Pirates wouldn't be pirates if they didn't sing 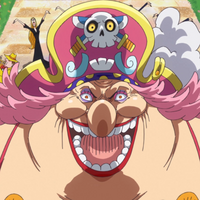 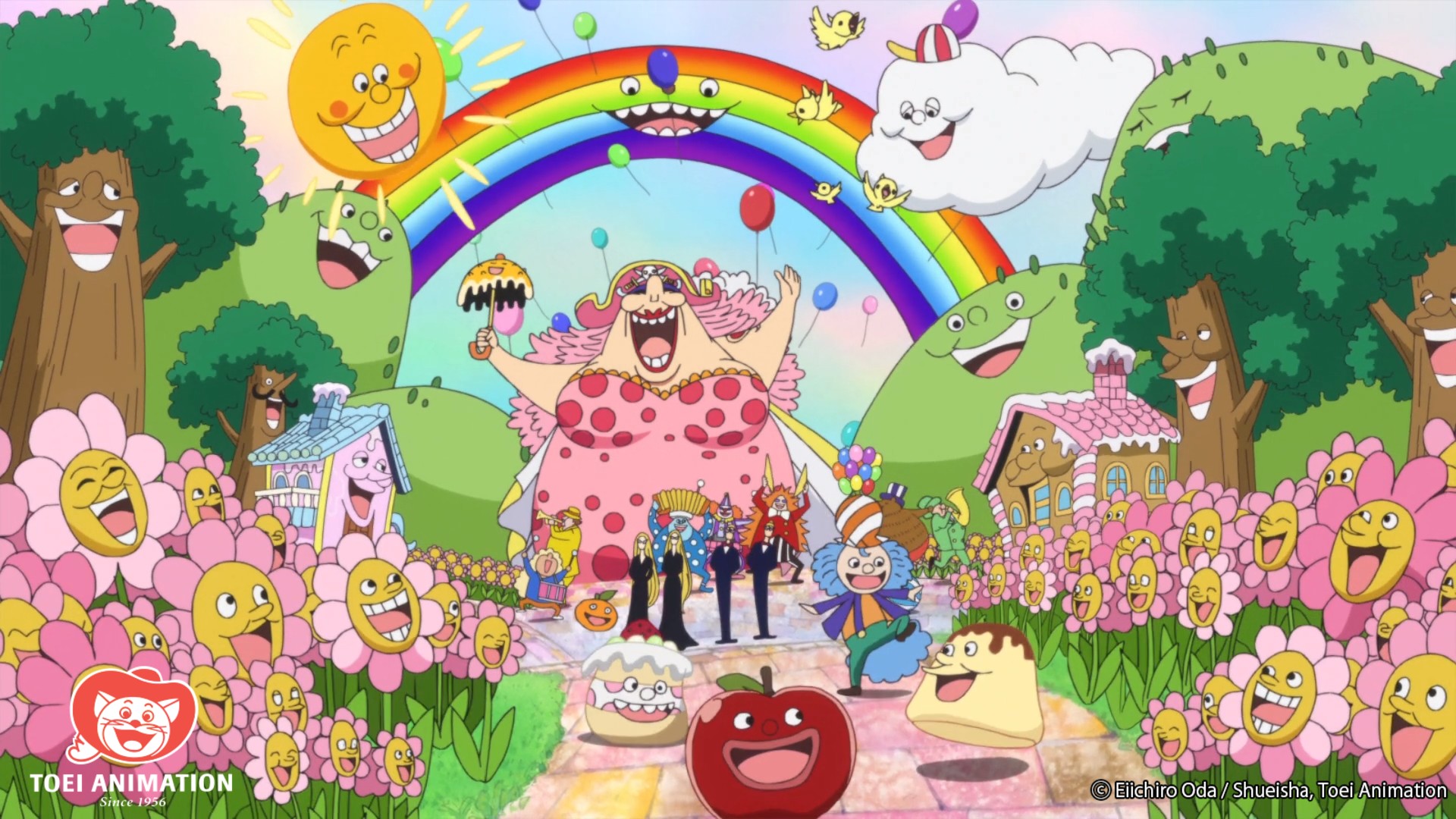 Battle/adventure anime is known for many things: big battles, cool power-ups, silly humor, and so much more. One thing people don’t often associate with it is big musical numbers. Ever since Whole Cake Island, though, One Piece has proven it can pull off music just as well as everything else. From Big Mom’s wild singing to the Roger Pirates’ rendition of “Binks’ Brew,” music has proven to be one of the most memorable aspects of modern One Piece.

Back in Thriller Bark — where we first heard “Binks’ Brew” — there was an episode title that referred to it as “the song that connects the past with the present.” No matter which generation they come from, pirates love singing their hearts out while they go on adventures. When the Straw Hats and their friends all join together in song, they’re carrying on a tradition as old as piracy (Brook’s old crew was singing it years before Roger built his legend). That in turn tells us far more about individual pirate crews than any amount of dialogue could.

More recently, as Oden travels with the Roger Pirates, his adventure is told in snippets, a flash of a chase here, a new island there, with little dialogue. Instead, we’re treated to the Roger Pirates’ joyful singing of Binks’ Brew. Their story is one that’s full of joy and excitement, traveling the seas, exploring new islands, and growing closer as friends. In that way, we can see the Roger Pirates move from a vague legend into a crew not too different from the Straw Hats. How easy is it to imagine the Straw Hats doing the same thing, going on adventures, traveling the world, and belting out sea shanties all the way? Decades after the Roger Pirates disbanded, new pirate crews continue to form and carry on their tradition of adventures, all tied together by this one song.

“Binks’ Brew” has been a part of One Piece since Thriller Bark, but recent arcs have expanded the series’ musical repertoire even more. Our first clear look at Big Mom comes amid a wild song about her preparations for the wedding, and what a song it is. This one song tells you all you need to know about Big Mom. Right off the bat, you can see her ruthlessness in getting what she wants contrasted against the almost childlike nature of her goals, all tinged with a hint of madness. Totto Land is a playground Big Mom constructed for herself, one where she can break into song as the very landscape around her joins in.

Her song tells us she’s the type of person who’d just as easily kill someone as invite them to her tea party (and god forbid anyone doesn’t show up). In just a few short minutes, this one song tells us more about Big Mom as a person than an entire episode of exposition. 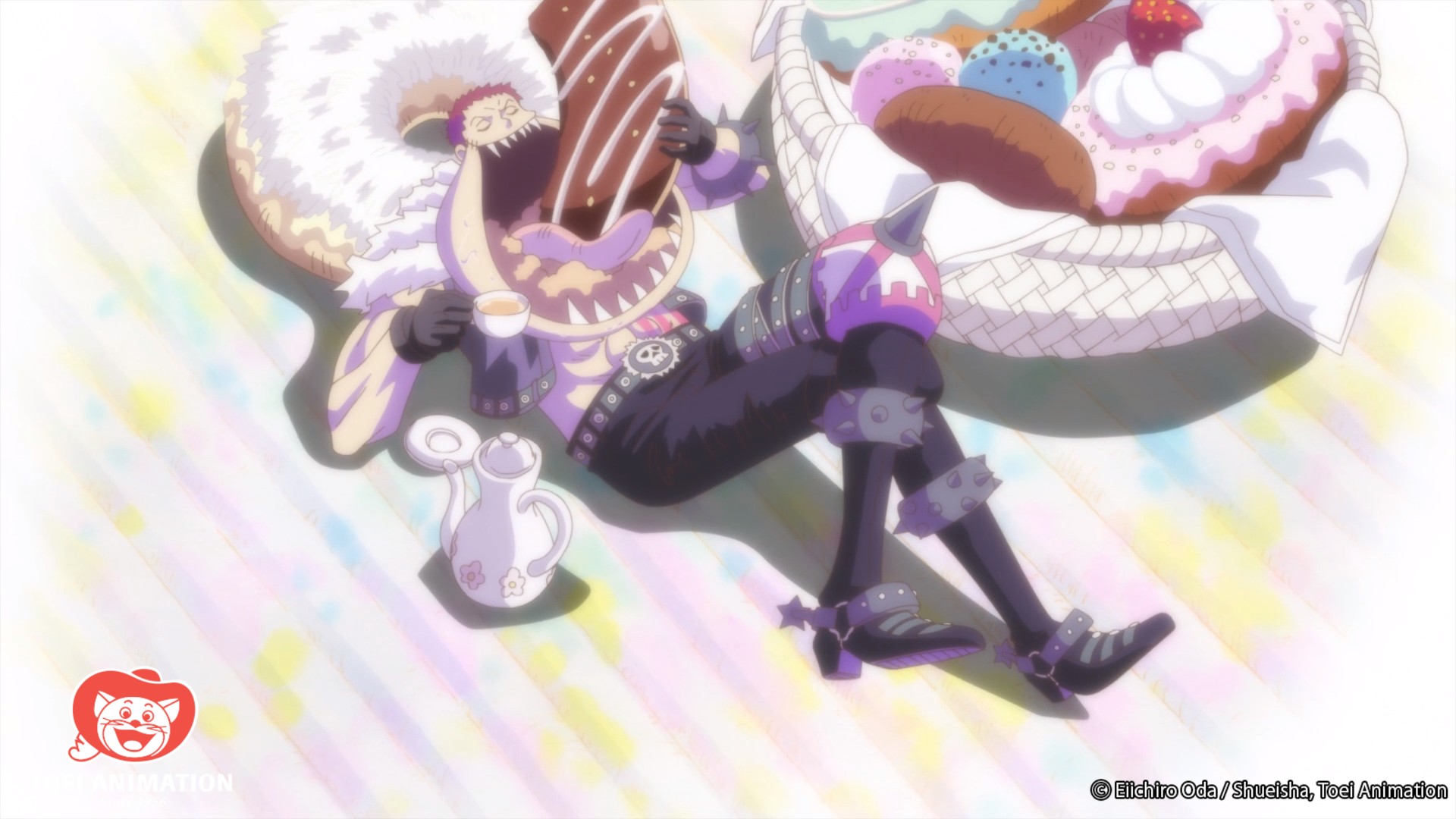 Whole Cake Island’s other musical numbers follow this pattern. From the Underworld Brokers’ introduction to Katakuri’s donut song, short songs both set the mood and tell us more about the characters singing them. But the one that’s always stood out the most to me is the final song of Whole Cake Island: “Soul Pocus.” Unlike all of the others, “Soul Pocus” is non-diegetic, meaning it’s not being sung by the characters in-universe. Instead, it’s a somber narrator summing up where everyone’s at, an odd way to end an arc, but a fitting one for Whole Cake Island. “Soul Pocus” reminds us that, while the Straw Hats accomplished their goal of rescuing Sanji, it didn’t come without cost. 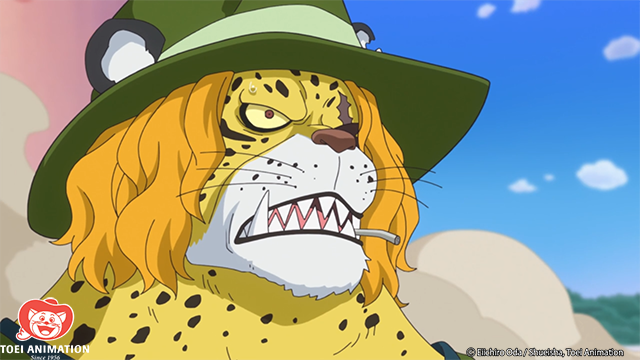 Pedro sacrificed his life, while Germa 66 and the Sun Pirates had to stay behind to allow the Straw Hats to escape. In the end, all they did was restore the status quo. Big Mom wasn’t defeated, her hold on Totto Land hasn’t weakened in the slightest, and Pudding is left to return to her old life after finally meeting someone who accepts her. “Soul Pocus,” with its soft moments and swelling crescendos, gives a perfect opportunity to reflect on all of that amid the chaos of the arc’s ending.

While these scenes were in the manga, too, the anime is where they really shine. From the upbeat “Binks’ Brew” to the thoughtful “Soul Pocus,” One Piece's musical scenes have elevated the already excellent story from the manga to new heights by taking advantage of features only anime can offer.

What's your favorite One Piece song? Let me know in the comments, and don't forget to catch the latest One Piece every Saturday!