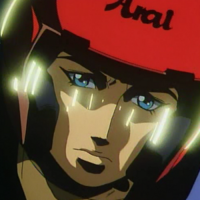 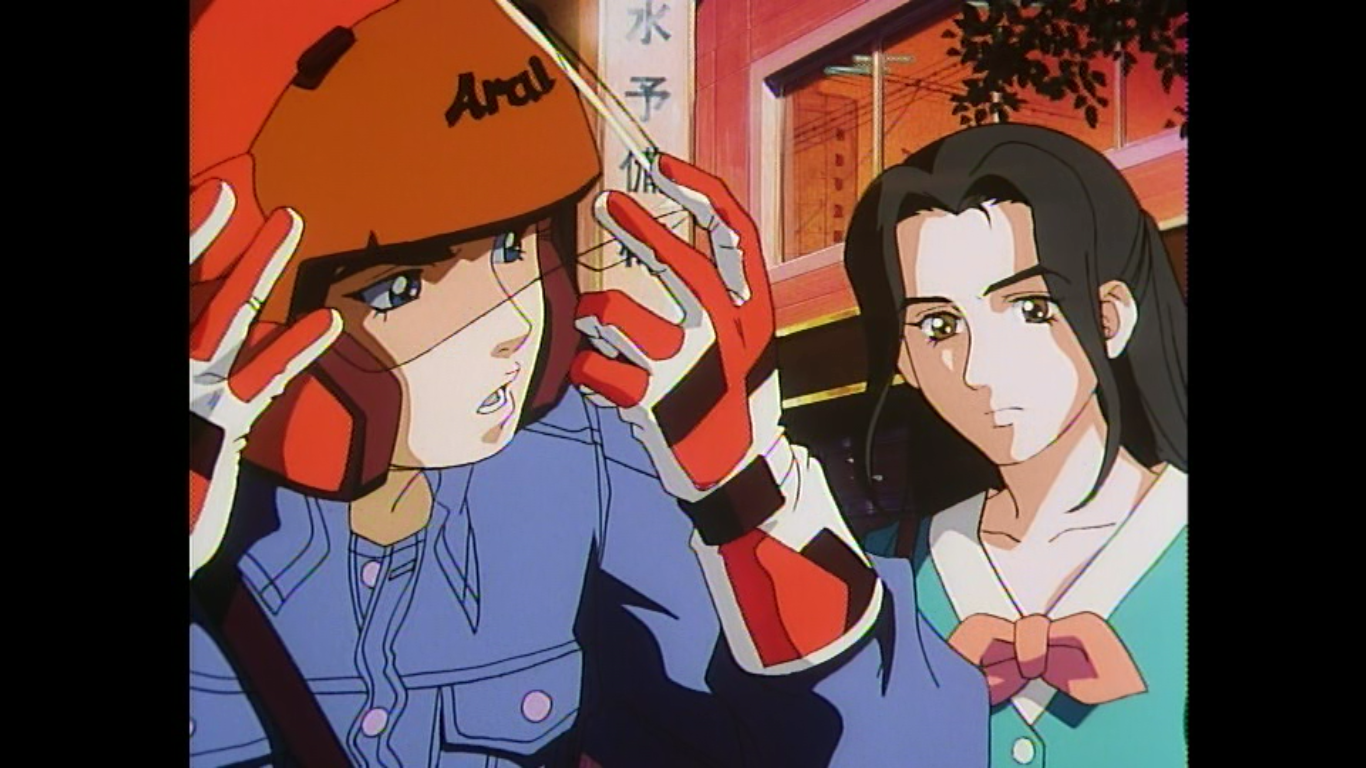 All images provided by author

A friend of mine from college is a big fan of Mobile Suit Gundam director Yoshiyuki Tomino. His laptop’s background showed two dueling robots from Heavy Metal L-Gaim. He’s familiar with Aura Battler Dunbine and the rest of the Byston Well saga. He's even played through earlier Super Robot Wars titles in Japanese.

I say this to you so that you, dear reader, may understand his reaction when I asked my friend about Garzey’s Wing one day. “The thing about Garzey’s Wing,” he said, “is that you can tell Tomino directed it. Tomino has strengths and he has weaknesses. Garzey’s Wing has all of Tomino’s weaknesses and none of his strengths.” After watching Garzey’s Wing together with him and some friends a few days later, I could only agree. Garzey’s Wing — the infamous three-episode OVA championed by folks like Justin Sevakis as one of the worst anime ever —  is more than just another bad anime. It’s the kind of bad anime only master director Yoshiyuki Tomino could create. 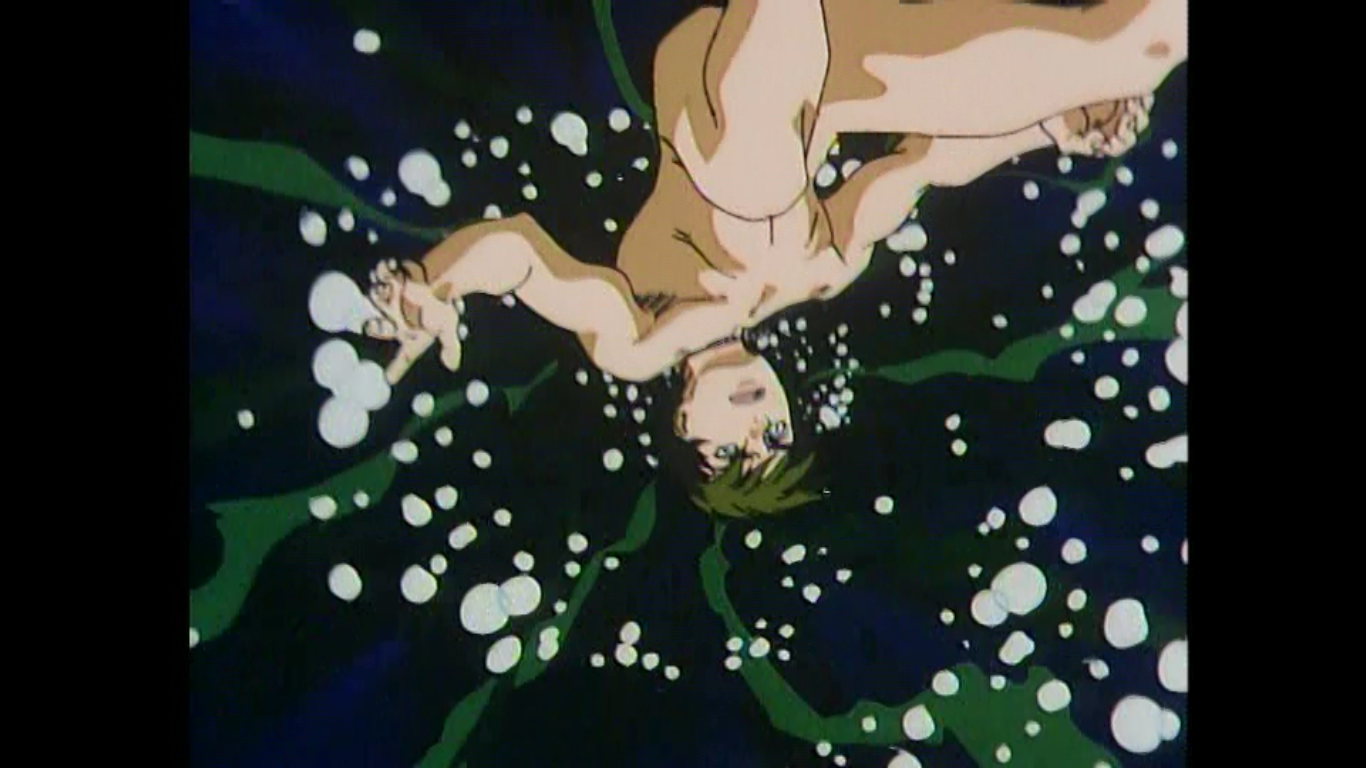 Yoshiyuki Tomino has many laudable qualities as a director. First and foremost is his ambition: to tell bigger, more complex stories than had been told before in anime. Mobile Suit Gundam, Zambot 3, and Space Runaway Ideon all sought to push the boundary of what was acceptable in shows designed to sell children robot toys. Second are the outrageously talented peers he was able to draw upon, like mechanical designer Kunio Okawara and animator Ichiro Itano. Finally, you can’t discount the stubbornness that allowed Tomino to persevere over the decades, producing new work well into his old age.

The best of Tomino's work (like his masterpiece Turn A Gundam) remains essential viewing today, ripe for rediscovery and reinterpretation by old and new fans. But there are aspects of Tomino’s style that have been smoothed over in later Gundam projects — for instance, tin-eared dialogue and uneven pacing. These qualities are well on display in Garzey’s Wing. 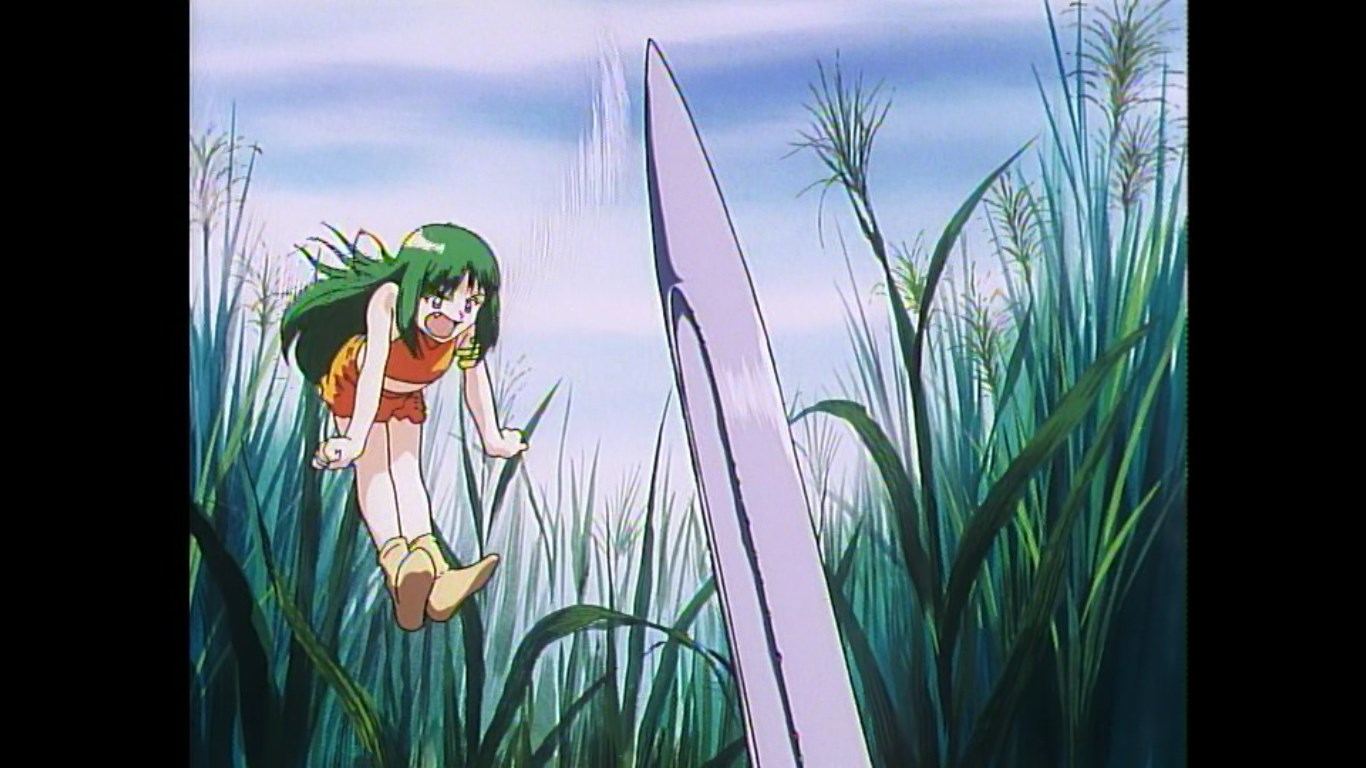 The first ten minutes of Garzey’s Wing is a descent into madness: motorcycles, the Shiratori shrine, a giant swan, fairies, nakedness. My favorite moment in perhaps the entire OVA is the abrupt transition between the hero Chris falling into Tomino’s fantasy universe Byston Well and a squad of revolutionaries jumping over a wall to attack a dinosaur. The cut from Chris yelling “What is going on?” to the revolutionaries shouting “Hahh!” makes me giggle every time. The first ten minutes are packed with so many other fantastic lines, given unnatural life by the OVA’s infamously bad dub: “You’re so easygoing!” “Who are you, a damn ghost?” “Show me the ancient Japanese man’s spirit!”

There are many other choice sequences throughout Garzey’s Wing — another fan favorite: “I must make sense of this convoluted situation!” — but a good amount of material following that incredible first episode is excruciatingly dull. Despite the hilarious dubbing, the scenarios the characters fall into never escape fantasy boilerplate, closer in spirit to Dungeons and Dragons than The Eye of Argon. The animation isn’t spectacular but never descends into entertainingly poor draftsmanship like in Chargeman Ken or Musashi Gundoh. So while there are enough outright bonkers sequences in Garzey’s Wing to solidify its reputation among the bad anime classics, I won’t deny that some energy drained out of my friend's college dorm room in between the start and the finale. 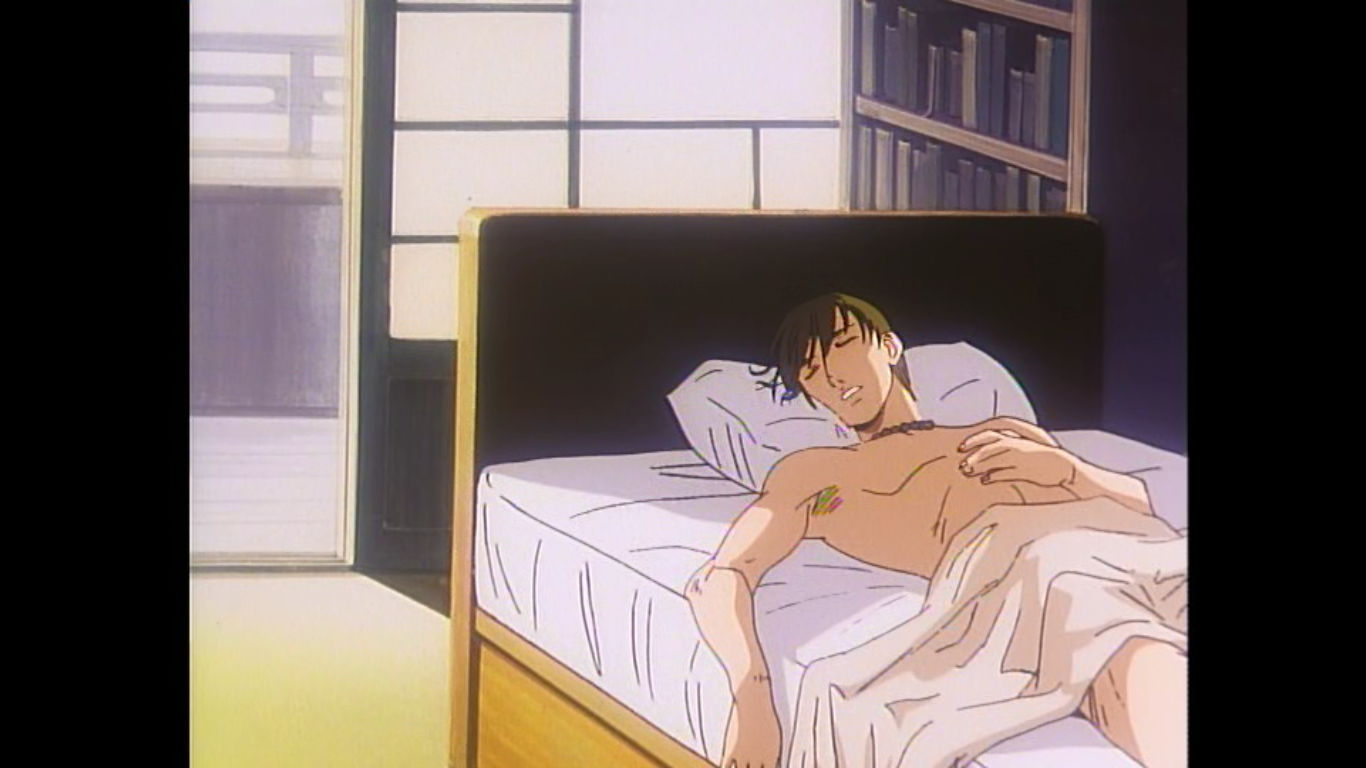 Garzey’s Wing’s production caught Yoshiyuki Tomino at a bad time. The novel series the story was based on must hold some cache for him, being set in his original setting of Byston Well. But following the tortured production of Victory Gundam, Tomino sunk into a deep depression. Having put countless long-running shows out the door for decades, I can’t begrudge the man for an off day. Tomino himself has been brutally honest about what he sees as his past failures, perhaps even more so than those past “failures” really deserve.

At the end of the day, auteur theory only goes so far. Tomino helped create Garzey’s Wing, but the legend of Garzey’s Wing transcends Tomino. It lives in the dub that brought us lines like: “You certainly got sexy!” It’s with the DVD menu, which cannot be described, merely witnessed. Most of all, it’s with the fans. At this year's online convention Anime Lockdown 2021, a whole hour was set aside to discuss the history of Garzey's Wing's production. The chat was full of folks yelling “My sword is incredibly dull!” A brave soul out there has even devoted themselves to reading every volume of the original Garzey's Wing novel series in Japanese and summarizing their findings. These days, anime that aired just months ago is inevitably swallowed by the next big thing. But despite its lack of availability besides YouTube clips and old DVDs, Garzey’s Wing is the anime disasterpiece that refuses to die. 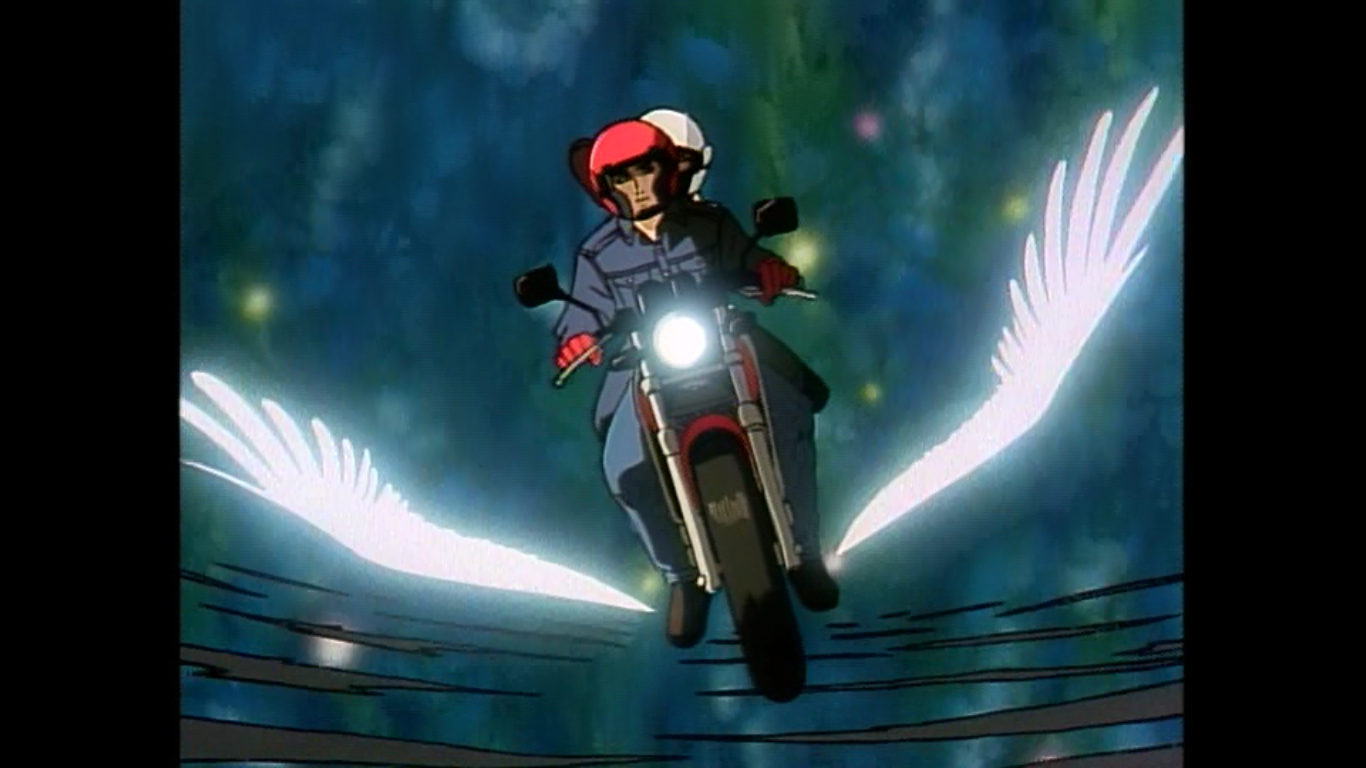 My college friend and I still contact each other every weekend or so to chat about how things are going. Once in a while, conversation will turn to Garzey’s Wing and together we’ll shout out these immortal lines: “He’s just a human! Humans are just human! They come into this life, filled with hopes and dreams. They want it all! Sex, drugs, AND rock and roll!” Well, that last bit isn’t actually in Garzey’s Wing at all. But there's something to be said about how a show most famous for being "bad" continues to bring people together after all this time. If you’ve never seen Garzey’s Wing before, consider at least the first episode an essential experience. It’ll never be counted among Tomino’s best, but its best moments are truly unbelievable.

Is there an anime series that you love despite yourself? What's your favorite experience watching anime with friends? Let us know in the comments!

Adam W is a Features Writer at Crunchyroll. When he isn't showing his friends bootleg copies of Popee the Performer, he sporadically contributes with a loose coalition of friends to a blog called Isn't it Electrifying? You can find him on Twitter at: @wendeego