REVIEW: Monster Rancher 1 & 2 DX Is A Relic In The Best Way

These games are here to remind you why "Monsters rule" 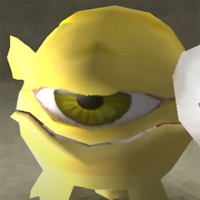 The best way to describe Monster Rancher as a franchise is "bygone." Its intriguing system of monster creation — one that allowed you to insert CDs into your PlayStation and conjure beasts with their metadata — aged along with its components. When CD sales dropped and were replaced by downloadable and streaming music, so did Monster Rancher's place in the grand scheme of monster collecting games. The anime — a surprisingly underrated series that crafted a full mythos out of the games' "train a critter, make it fight, repeat" mission statement — never got the wide array of follow-ups that franchises like Digimon and Pokémon did. When it ended, having been tossed haphazardly around various programming blocks like Fox Kids, there would be no sequel.

So far, any attempts at recreating the magic of "I have a copy of Ok Computer by Radiohead. Let's see what it makes!" haven't felt that notable. And I think those involved with the production of Monster Rancher 1&2 DX know that. The monster creation system provided on the Nintendo Switch is astoundingly simple: You can insert a band's name and album title (or go for a random monster) and boom, you're ready to go. It misses out on a lot of that irretrievable late '90s nostalgia — the kind of thing that causes a Twitter post with pictures of transparent electronic hardware to go viral every four seconds. But it also provides a very simple way for older fans and people that are too young to remember Monster Rancher's heyday to experience what made the games tick. 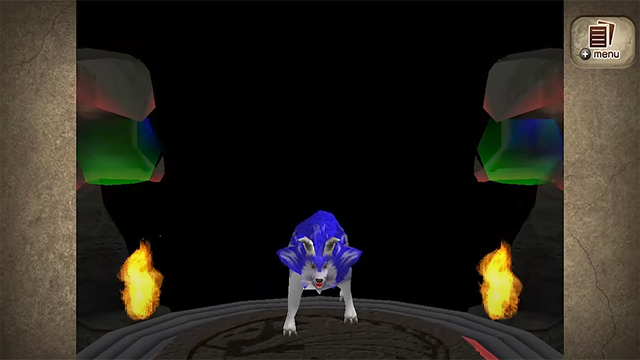 All images via KOEI TECMO AMERICA

When I say that the games revolve around creating a monster, training a monster, and making it battle over and over, it sounds like I'm reducing Monster Rancher to its most base definition. But I'm really not. Both of these games have a very singular focus, and if there is a plotline, it's not in the service of a wider theme, but instead to drive you to be able to create-train-fight even better. About 75 percent of the time you spend playing will be on the farm, slowly giving your monster chores in order to move it toward more complicated tasks and higher-ranked tournaments. As such, choosing which to play comes down to whether or not you want more monsters, more items, and some improved graphics. Monster Rancher 2 might be the best in the series, so I recommend that, but messing around with the first for a bit and then heading to the sequel is fun as well. 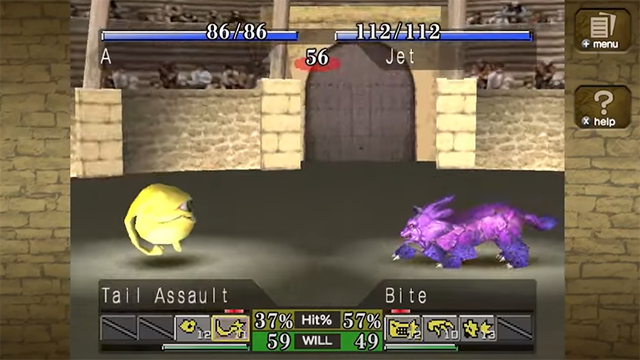 If you're looking for the extensive rock-paper-scissors type of combat you find in Pokémon and Digimon, you may be disappointed with Monster Rancher's approach, one that's centered around timing and improving/gaining various attacks so you can actually land moves and hit harder when you do so. "Actually" being a keyword here, because until you earn a monster's trust, early fights are often marked by your beast throwing tantrums when you ask it to perform an attack, leaving it open to be clobbered by its opponent. As such, training becomes a balancing act of ensuring that your monster likes you enough to give it their all and is well-rested, while also keeping their ego in check. Be too lenient and your beast literally won't respect you enough to listen.

Unlike its peers, Monster Rancher 1&2 don't have a real system of evolution (though you can combine monsters!,) nor is there any kind of team-based approach. You can set aside monsters and create new ones, or your monster will die, forcing you to return to the ol' Shrine. So the key to success, and really, the key to enjoying Monster Rancher, is simply to lose yourself in the process. The grind is not an uncomfortable one, especially considering each monster has little emotional outbursts of joy, angst, exhaustion, and triumph that are ceaselessly cute to look at, but if, say, your biggest problem with Pokémon is how often you're forced to walk back and forth in the grass to inch your monsters closer to the next level, perhaps look elsewhere than Monster Rancher for a retro experience. 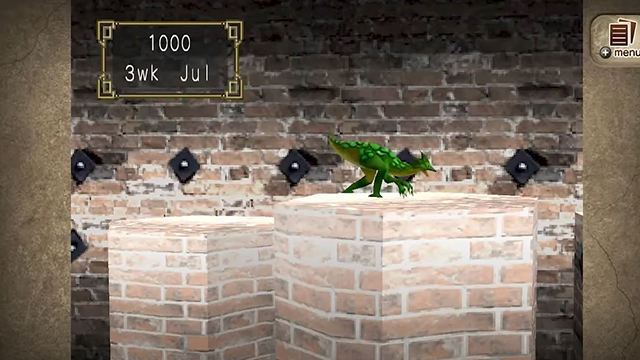 However, as a Monster Rancher fan — I remember the anime's theme song "I was TRANSPORTED to a FARAWAY LAND, to a WORLD where MONSTERS RULE" roughly once every few days — it makes me so pleased that these re-releases happened. Monster Rancher, for many, has been a sheerly archaeological experience, a kind of time capsule that you look back on from a distance with the rose-colored goggles that can only come from hearing that, with a Reba McEntire CD, you could summon a fantastical warrior. Monster Rancher 1&2 DX are much like the ancient discs that have become the premiere iconography for the franchise — It's hard to figure out exactly how it fits in our modern age. But with these new editions, you'll get the chance to experience some of what made it special. Monsters rule, indeed.