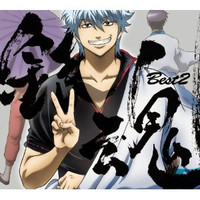 Bokutachi no Kisetsu - DOES

Other awards included AKB48 for Japanese Artist of the Year, Lady Gaga as Western Artist of the Year. Three New Artist[s] of the Year were chosen: Kis-My-Ft2 (Japanese), LMFAO (Western), and 2PM (Asian). Japanese Album of the Year was Ikimono Gakari's Ikimono Bakari ~Member's Best Selection~, while the Western equivalent was Lady Gaga's Born This Way. Girls' Generation took the Asian spot on that list with their self-titled release.

See the full results here, and let us know if you think the Gintama soundtrack best-of is where it's at!