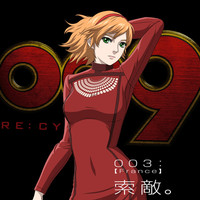 The voice cast and updated premises for the super powered heroes of Ghost in the Shell: Stand Alone Complex mastermind Kenji Kamiyama's update of the classic Cyborg 009 have been announced. See who's who in the 3D animated 009 Re: Cyborg below.

A cyborg not even one year of age with more intelligence than a typical adult. He has psychic powers such as telepathy, psychokinesis and instant teleportation. 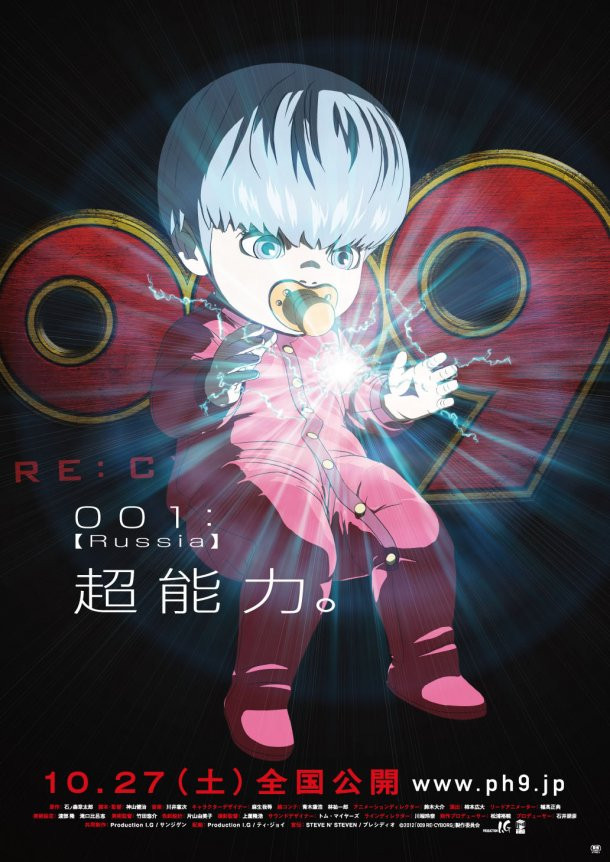 Making use of the flight unit equipped to his body, Jet has the power to travel through the air at Mach 5 speeds. He currently works for the National Security Agency (NSA) in America. He has been seen flying at altitudes of over 3000 meters. 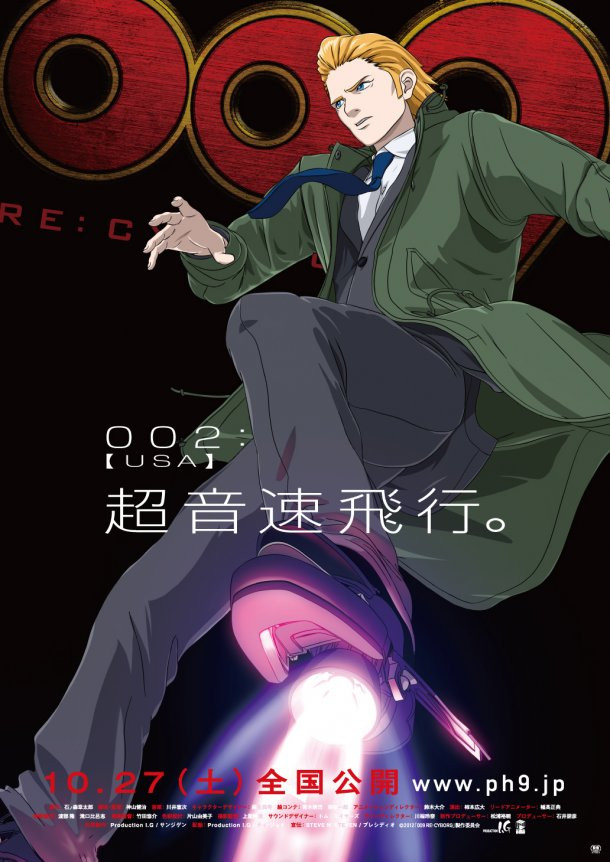 A female cyborg with enhanced hearing and sight. She also has the ability to access worldwide networks and collect information from them. 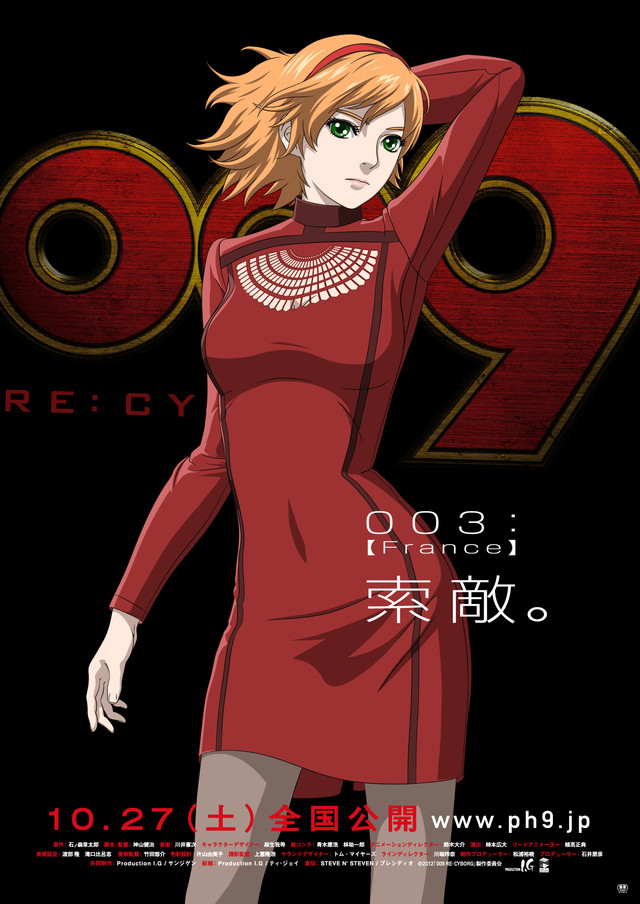 A cyborg with an entire body built to be a deadly weapon. He is currently an instructor for the German Special Forces, the GSG-9. 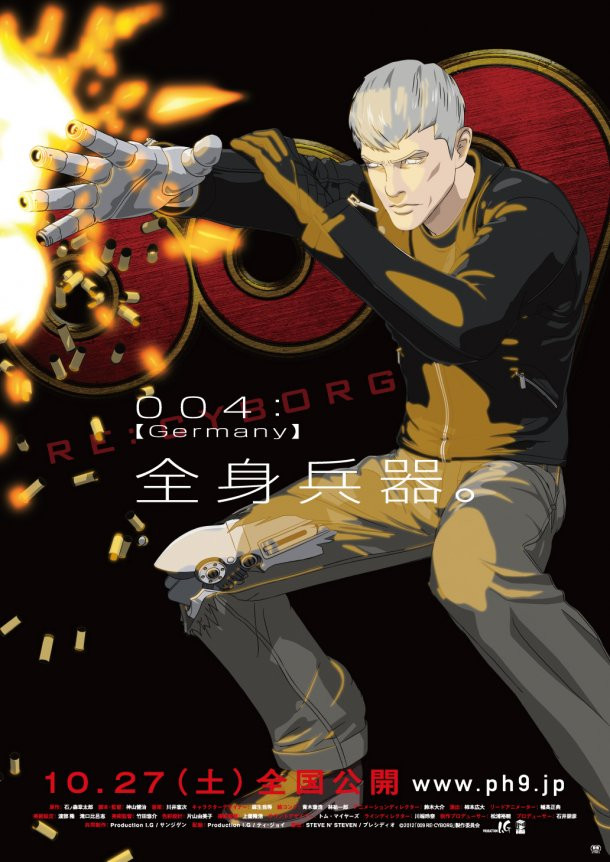 A cyborg with inhumanly thick skin and superhuman strength. It is known that until recently he was involved with nature conservation activities in America. 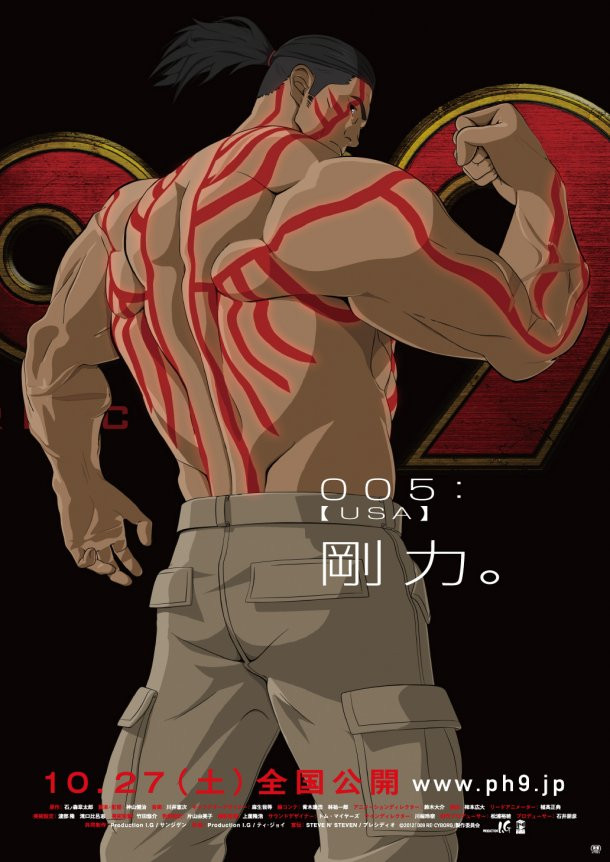 Taro Masuoka as Cyborg 006 - Chinese Chang Changku, a wealthy businessman in the new version and a pig farmer in the original.

A cyborg who can breathe fire and heat rays from his mouth. He established a Chinese restaurant franchise named Chang Changku that has turned global, and amassed a small fortune. 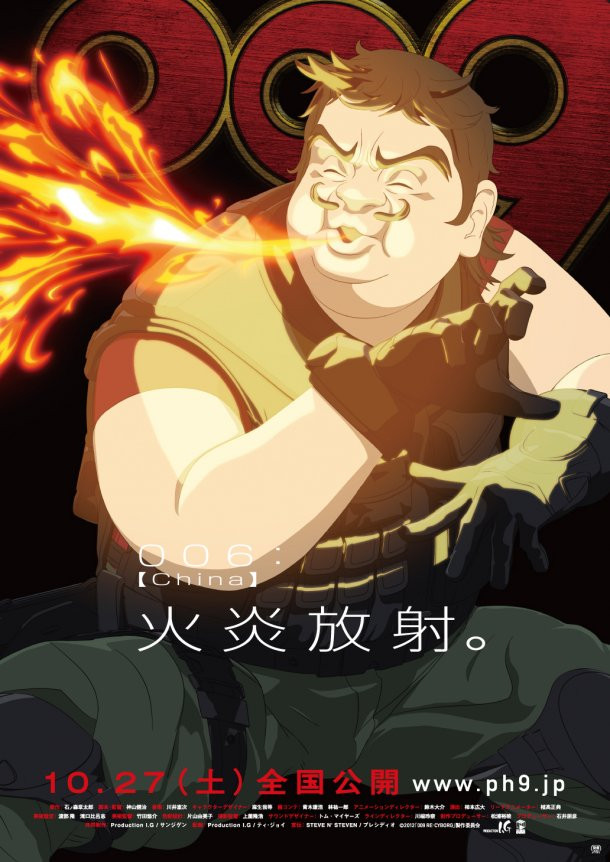 Hiroyuki Yoshino as Cyborg 007 - Great Britain, an MI-6 spy in the new version and a stage actor in the original.

A cyborg able to rearrange his cells in order to transform into other substances. He is currently a spy working for MI6. 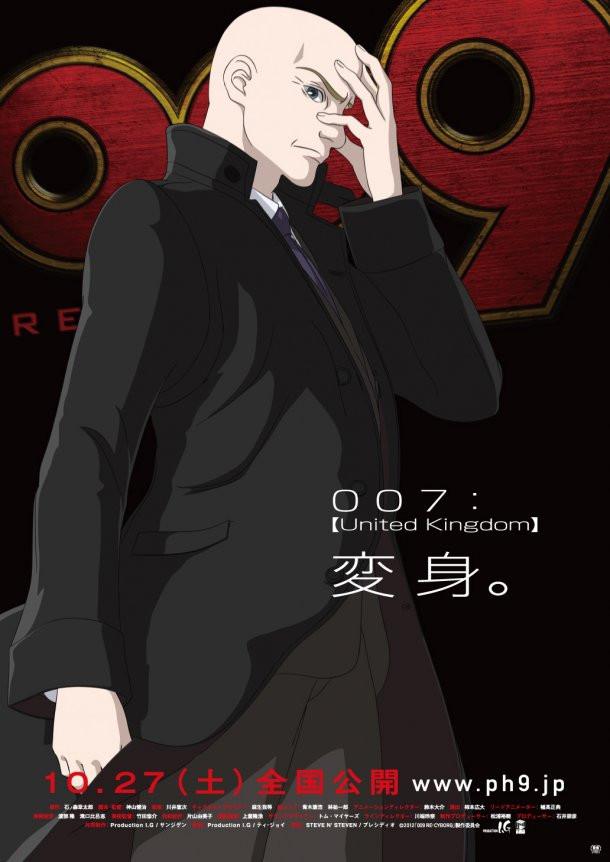 Noriaki Sugiyama (Naruto's Sasuke) as Cyborg 008 - African (still no specific country) Pyunma - a  runaway slave in the original (yeah, seriously) and an archaeologist in the new version.

Pyunma is able to breathe and live underwater, even at depths of up to 10km. He is currently an archaeologist investigating ancient fossils in the African Great Rift Valley. 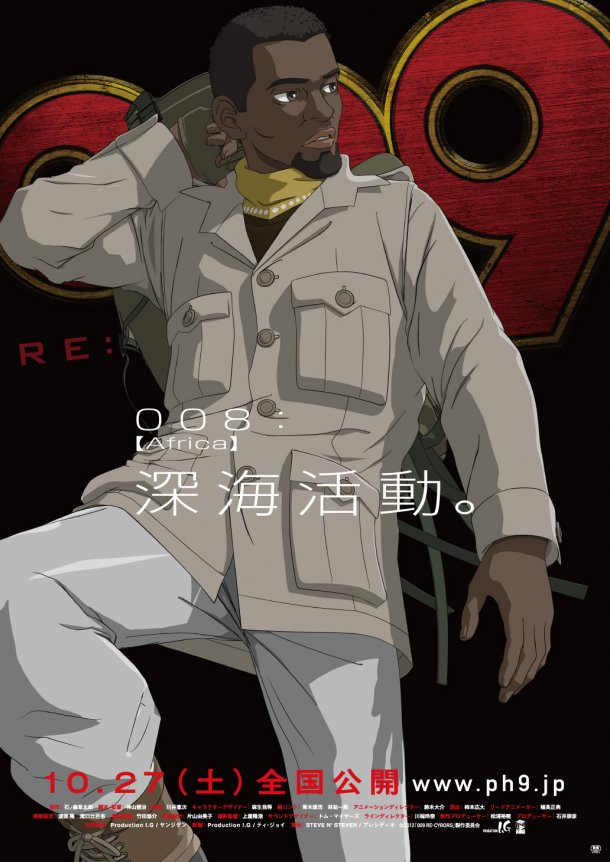 A powerful cyborg warrior with all the technology researched for the 00 Cyborgs placed into one. He acts as a leader for the 00 Cyborgs and can make use of his 'acceleration device' to move at the speed of sound. He is currently living in Roppongi, Tokyo as a normal high school student. The reason for this is unknown. 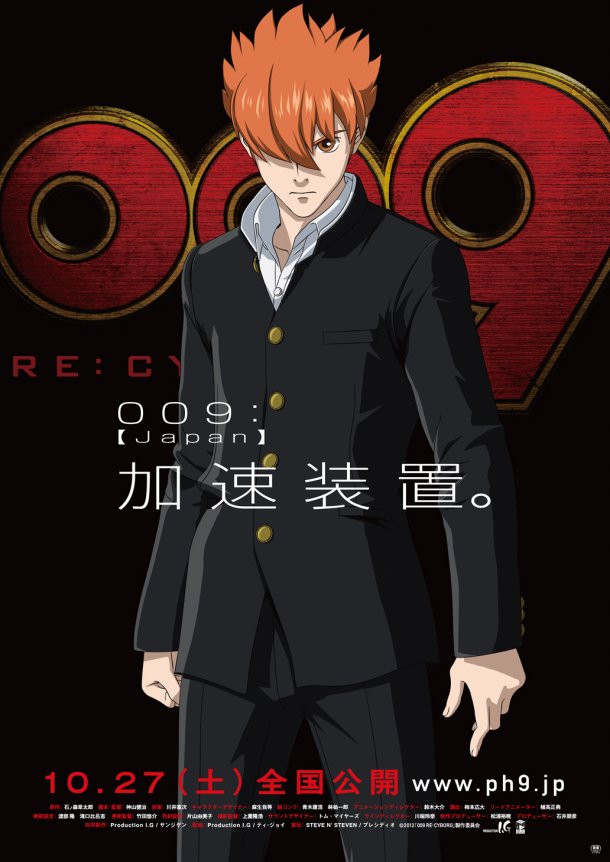 The movie opens in Japan on October 27th.