Next stage of survival horror hits North America on October 2 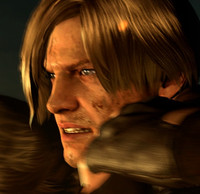 Those who own Dragon's Dogma have likely already played the area glimpsed briefly in Resident Evil 6's first Japanese TV commercial below, which finds Leon late to a party that's been crashed by the undead.

Resident Evil 6 is due out on PlayStation 3 and Xbox 360 in North America on October 2, with a PC release to follow at a later date. Anyone play the demo yet?