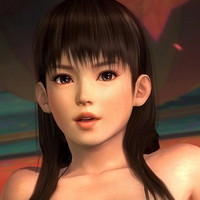 Speaking in the most straightforward terms, fighting games are made above all else for competition. With very few exceptions, story is a completely understandable afterthought.

Of course, this doesn't stop developers from having to find a reason for the gang to get back together every few years for another round of assassination attempts in the guise of friendly martial arts competition. Tecmo Koei and Team Ninja have put out a relationship chart for Dead or Alive 5 that sets up the story for the fifth Dead or Alive Tournament, and why everybody's out to power-blow each other off of skyscrapers. 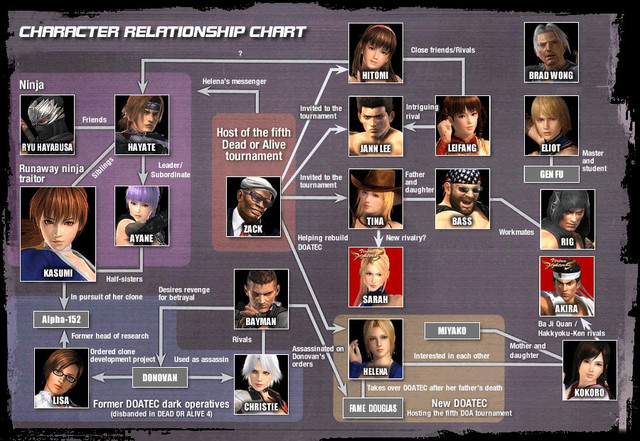 Brad Wong is not lonely, he has his booze

I... don't even know what to say. Or maybe I'm just really misinterpreting that.

With the story of Dead or Alive 5 all prepped and ready to go, are you more likely to check the game out when it hits on September 25? Or was the promise of a revamped Hold system and more competitive gameplay enough to win you over?