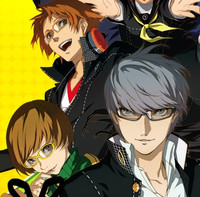 Atlus' North American release of Persona 4 Golden is ready to hop on PS Vita on November 20, and the publisher is keen on showing off the new features that make it worth buying for both newcomers and those who have already played P4. Have a look at the enhancements that await below.

As previously reported, Persona 4 Golden is also available in a Solid Gold Premium Edition, which is limited to 10,000 units. Hopefully those of you looking to get your hands on that version have already pre-ordered or plan to soon.