"Bioshock Infinite" Gets Pushed Back to March for a Spit Shine

Irrational Games' latest gets delayed by about a month 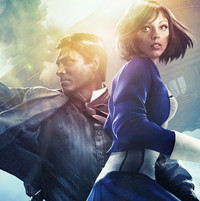 Bioshock Infinite's most recent release date was February 26, and even that seemed like a hell of a wait for Irrational Games' latest. Well, get ready to wait a little longer, because that date has been pushed back even further. Infinite will now hit PC, PlayStation 3, and Xbox 360 on March 26, 2013.

It seems it's all for the love of making a fantastic game, though, so I wouldn't worry too much. Former Epic Games employee Rod Fergusson—previously senior producer on Gears of War—is now at Irrational, and, while speaking at a preview event, Bioshock mastermind Ken Levine recalled what went down when Fergusson first joined the team.

"When Rod Fergusson came on board from Epic, he came up to see the game. He took a look at it and he fell in love with it," Levine said. "He spent a few weeks at the company. We sat down and he said I think the game's great, but I think it could really use three or four weeks of polish and bug fixing time."

Levine's initial reaction was, "Oh God," as he thought about the moment he would have to make the announcement to a room full of journalists.

"At the end of the day," Levine said, "the game has to be the best game it could possibly be, so I said alright."

So, boo for delays, hooray for polish and better games!