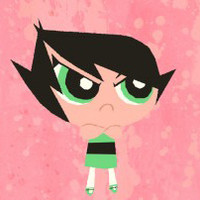 It's up front season, which means TV networks are letting prospective advertisers know what to expect for the year to come. In the case of Cartoon Network, their preview of the year to come came with the bad news for super hero fans that Young Justice and Green Lantern: The Animated Series will not be back for 2013/14. In their place will be Beware the Batman, a CG series where Batman is paired with Japanese sidekick Katana, and the SD style Teen Titans Go!

Powerpuff Girls are also back... also with a new look.

Steven Universe: Slated to debut in 2013, Steven Universe is a coming-of-age story told from the perspective of Steven, the youngest member of a team of magical Guardians of the Universe. The animated series was conceived as part of the shorts development initiative at Cartoon Network Studios, and is created by Emmy® and Annie Award-nominated writer and storyboard artist Rebecca Sugar (Adventure Time). Sugar is Cartoon Network’s first solo female show creator.

Uncle Grandpa: Also slated for 2013, Uncle Grandpa is based upon the Emmy®-nominated short of the same name and follows the exploits of Uncle Grandpa—everyone in the world's “magical” uncle and grandpa. Created and executive produced by Pete Browngardt (creator of Cartoon Network’s Emmy®, Annie and Annecy Cristal Award-winning Secret Mountain Fort Awesome), Uncle Grandpa was conceived as part of the shorts development program at Cartoon Network Studios.

Clarence: From creator Skyler Page, Clarence is a new original animated series about an optimistic boy who wants to do everything. Because everything is amazing! Clarence was conceived as part of the shorts development program at Cartoon Network Studios. 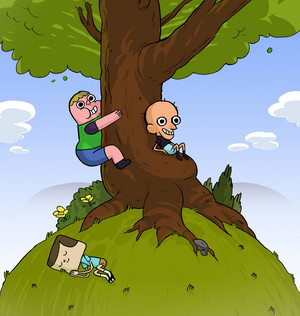 Teen Titans Go!: Featuring the return of Robin, Starfire, Raven, Beast Boy and Cyborg in all-new, comedic adventures, Teen Titans Go! will premiere in April 2013. Character-driven comedy is the order of the day as this new take on the superhero series focuses on the funny business that happens between saving the world and living together as teenagers without adult supervision. The series stars the principal voice cast from the original Teen Titans, and is produced by Warner Bros. Animation. 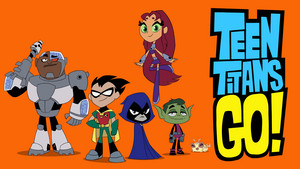 Beware the Batman: A cool, new take on the classic Dark Knight franchise, Beware the Batman incorporates Batman’s core characters with a rogue gallery of new villains not previously seen in animated form. Along with backup from ex-secret agent Alfred and lethal swordstress Katana, the Dark Knight faces the twisted machinations of Gotham City’s criminal underworld led by the likes of Anarky, Professor Pyg, Mister Toad and Magpie. Produced by Warner Bros. Animation, this action-packed detective thriller deftly redefines what we have come to know as a “Batman show.” Featuring cutting-edge CGI visuals, Beware the Batman, based on characters from DC Comics, is coming to Cartoon Network’s DC Nation block in Summer 2013.

Legends of Chima: In the mystical land of CHIMA, Laval the Lion and Cragger the Crocodile are the best of friends. An innocent escapade results in Cragger getting his first experience with the CHI, a powerful and sacred resource important to the delicate balance of CHIMA. The CHI gives awesome power to the user but needs to be managed carefully and certainly not by young adventurous animals. From LEGO, creator of Cartoon Network’s powerhouse action-adventure series Ninjago: Masters of Spinjitzu, Legends of Chima will premiere in Summer 2013. 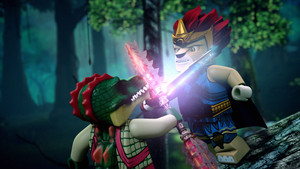 Grojband: 12-year-old Corey is the front man for a rockin’ garage band. There’s just one problem: Corey’s lyrics stink. He just can’t think of anything cool to write about, until…he finds his sister’s diary that’s full of “teen angst and junk” and decides to use each diary entry as inspiration for crowd pleasing, heart stopping, foot stomping hit songs. Grojband is distributed by FremantleMedia Ltd. and produced by Fresh TV, creator of the hit animated reality franchise Total Drama Island. 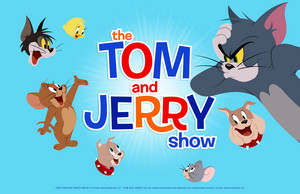 Total Drama All Stars: Total Drama is back, but this time the team at Fresh TV have assembled the best loved and most hated contestants from seasons past to compete - Heroes vs. Villains style! Total Drama Island is produced by Fresh TV and distributed by CAKE Distribution.

Adventure Time Special: Highly-regarded comedic actors Neil Patrick Harris (How I Met Your Mother) and Donald Glover (Community) will be featured in a special episode of Cartoon Network’s hit animated series Adventure Time. The episode, “Bad Little Boy,” is slated to premiere February 18 as part of the series’ fifth and current season. Reprising his role as Prince Gumball from season three’s much-loved gender switch episode “Adventure Time with Fionna and Cake,” Neil Patrick Harris will join Donald Glover, as Marshall Lee, the musical male counterpart to fan favorite Marceline the Vampire Queen in this second installment of the Fionna and Cake (derived from Finn and Jake) saga. In this special episode, the princesses are sick and tired of Ice King’s crazy Fionna and Cake stories, so Marceline stops by the Ice Kingdom to show him how it’s done. 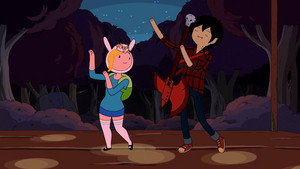 Regular Show Special: Regular Show, Cartoon Network's Emmy® Award-winning animated comedy featuring best friends Mordecai, a six-foot-tall blue jay and Rigby, a hyperactive raccoon, is slated for a 30-minute Thanksgiving special, Regular Show style. Mordecai and Rigby accidentally ruin Thanksgiving and must find a way to save it before their families arrive for dinner. The gang pulls together to help make it the best Thanksgiving ever! Regular Show, currently in its' fourth season, has become an instant hit continually ranking #1 in its time period among all key boy demos across all of television according to Nielsen Media Research.

The Powerpuff Girls Special: “Sugar, Spice and Everything Nice…plus a dash of mysterious Chemical X” were the essential ingredients that created Blossom, Bubbles and Buttercup—also known as The Powerpuff Girls. This groundbreaking and Emmy®-winning series, created by Craig McCracken, ran on Cartoon Network from 1998-2005 and will soar again as a brand-new, redesigned and re-imagined CG special coming in 2013 where the trio of pint-sized super heroines will be called upon to rescue not just the city of Townsville, but the USA and the world! Featuring an original song “I Wish I Was A Powerpuff Girl” performed by Beatles legend Ringo Starr, who also portrays Townsville’s most famous flamboyant mathematician, “Fibonacci Sequins,” this all-new original special comes from a powerhouse creative team featuring animation talent from around the globe including acclaimed director Dave Smith and award-winning art director Kevin Dart and is produced by Cartoon Network Studios in association with UK’s Passion Pictures. The special also features the original voice cast reprising their iconic roles and will premiere later this year.

The Yoda Chronicles: LEGO Star Wars returns in epic style with THE YODA CHRONICLES, a thrilling, funny and action-packed new LEGO Star Wars story told in three animated TV specials! Set in the “Prequel” Star Wars timeline, THE YODA CHRONICLES stars the one and only Yoda—the Jedi Master who has seen it all, done it all, and taught generations of Jedi Knights—in an all-new adventure. With the help of a fresh class of Padawans, Yoda leads the Jedi in a desperate fight to stop Darth Sidious and his minions from creating a new super-weapon that could crush the Republic and win the war for the forces of Evil. 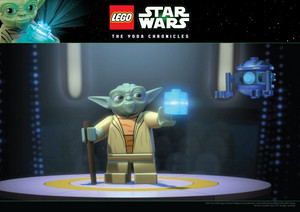 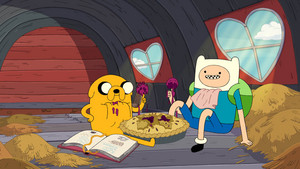 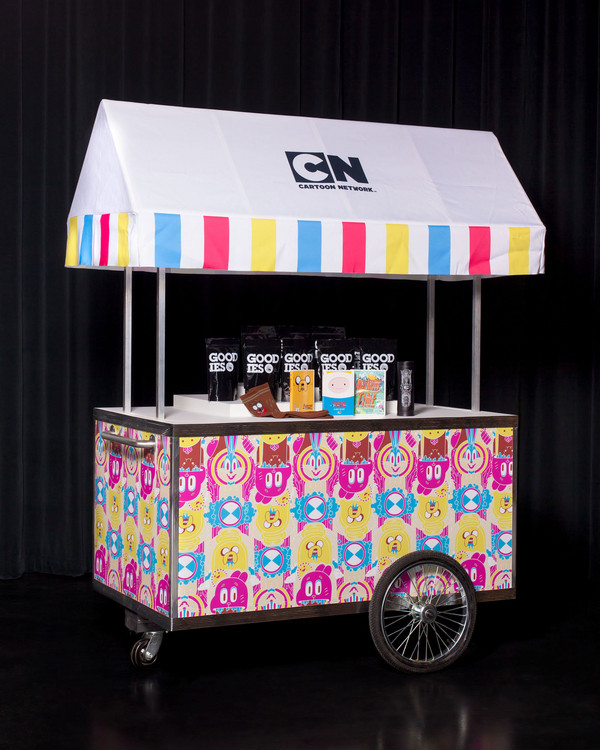 What are you planning on watching?