"Fate/zero" Cast Gets a Tropical Redesign For Comiket 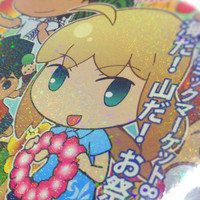 There's enough going on with the Fate franchise that several companies were able to bring their own incarnations to this weekend's Comiket. Beyond all the doujinshi, Shaft had a Fate/EXTRA CCC OP animation PRODUCTION NOTE Labyrinth BOX for sale, with character profiles, keyframe illustration collection, flipe book Para Para manga, illustrated cards, and commentary from the artists involved in the production of the opening video as well as contains commentary from the game’s developers. 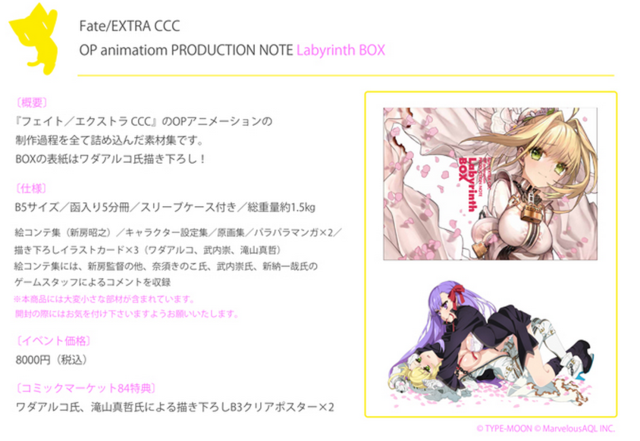 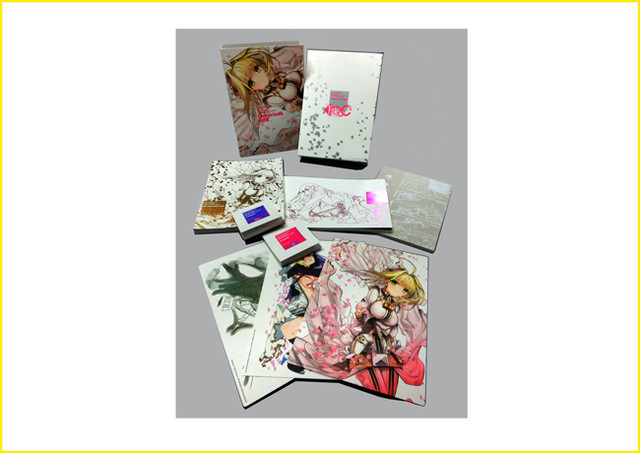 Then, Aniplex worked with ufotable to offer a set of goods featuring a vacation variants of the Fate/zero cafe's super deformed version of the modern fantasy's cast.

The cutesy eatery versions from the spin-off to the prequel were featured on a bag, button, beach ball cell strap, and manga booklet 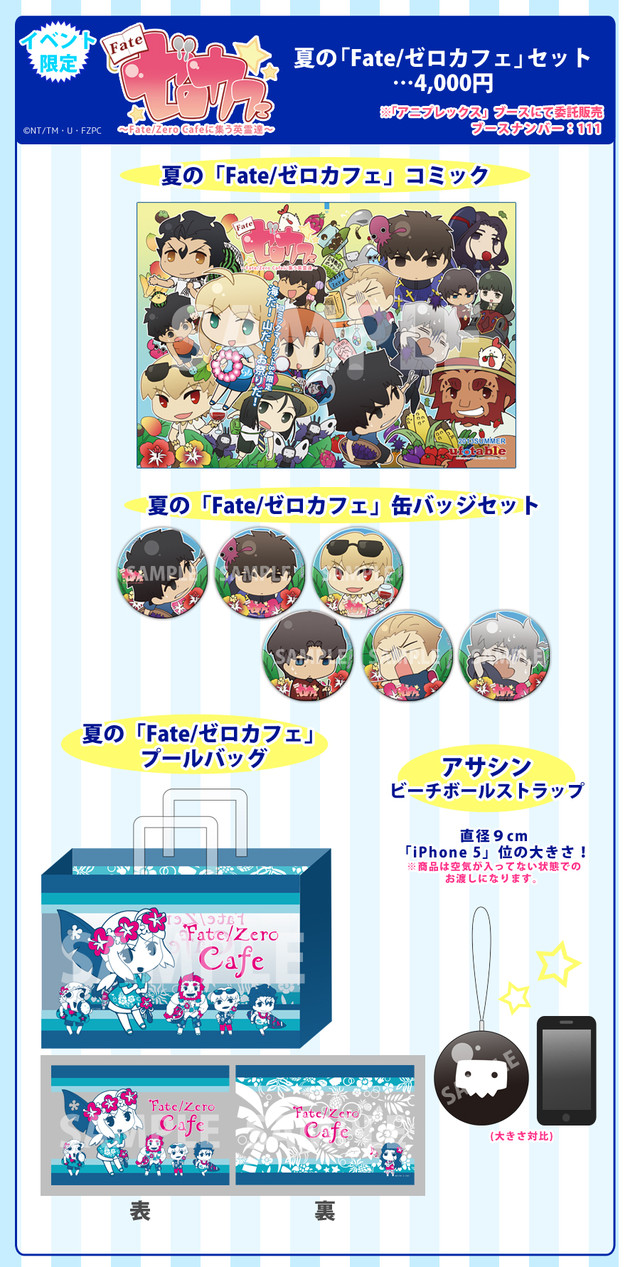 Speaking of Saber variants, there's yet another...

meet Sakura Saber, thanks to Type-Moon's Takashi Takeuchi in Comptiq 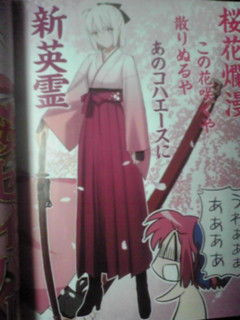 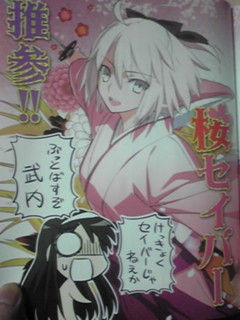 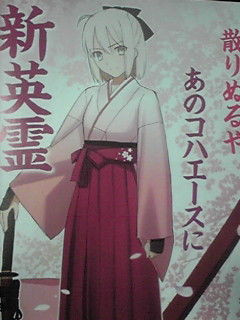 From Prism Illya and Koha Ace  ... "If you take one of us, another will take her place!" 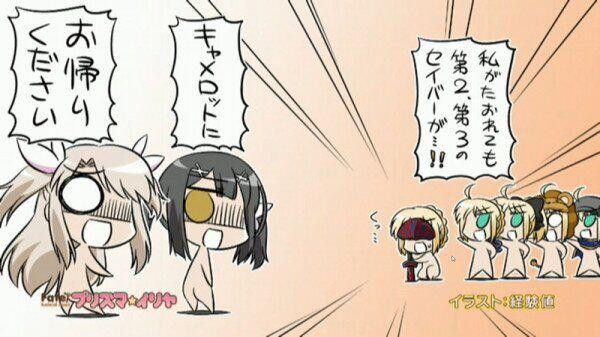