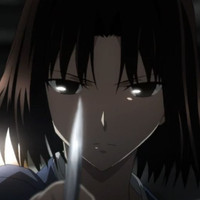 Before ufotable animated Fate/zero, they animated Kinoko Nasu's tangentially connected Kara no Kyoukai: The Garden of Sinners.  A TV edit of ufotable's (Fate/zero) has been running this summer, with material from the first four, and seventh movie in chronological order. That ties into a Blu-ray re-release of the movies and the epilogue Kara no Kyoukai: Mirai Fukuin (The Garden of Sinners/recalled out summer), set to be released September 28th.

Here, Shiki Ryōgi, a girl with "Mystic Eyes of Death Perception"  deals with fortune tellers and precognitives in the years 1996, 1998 and 2008 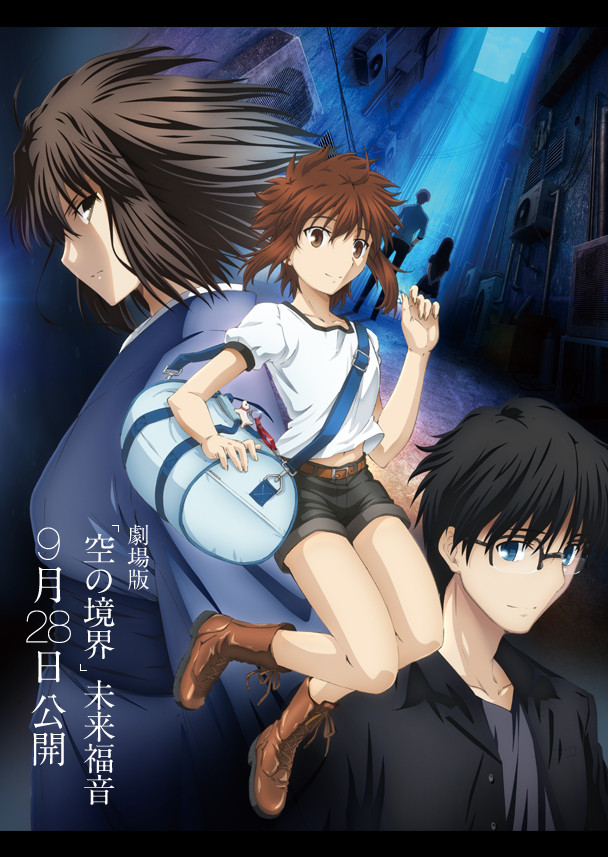