Finish "Legend of Zelda: A Link Between Worlds" and Unlock a Higher Difficulty 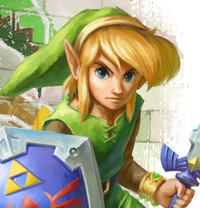 In a move somewhat like the Second Quest in previous Zelda games, producer Eiji Aonuma recently revealed that finishing The Legend of Zelda: A Link Between Worlds will unlock a higher difficulty level.

The info on the second playthrough comes from Aonuma's interview with German video game site Gameswelt, who also learned that A Link Between Worlds features the work of over 90 staff members. The first ideas for the upcoming 3DS entry were apparently put together after the development of 2009's The Legend of Zelda: Spirit Tracks.

A Link Between Worlds hits North America and Europe on November 22.