Special "A Link Between Worlds" bundle discounted on November 28 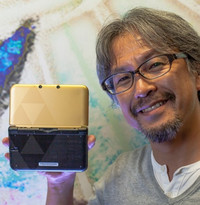 Update: Nintendo may have jumped the gun on this one, because according to the Ask Target Twitter, the Zelda bundle is not included. It's a bit confusing since that account isn't verified and only has a couple thousand followers, but proceed with caution because it looks like Target might not be honoring this.

Man, Target is gonna be a madhouse this weekend. If you're bold enough to brave Black Friday, however, you can get a killer deal on a 3DS XL. All of Nintendo's XLs will be down to $149.99, and that includes that killer The Legend of Zelda: A Link Between Worlds bundle.