Final episode premieres in Japanese theaters on May 17 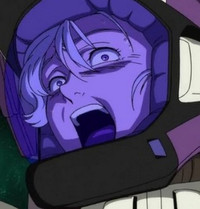 The final episode of Gundam Unicorn is getting ready to premiere in a limited Japanese theatrical run in just a little over a month. After its May 17 debut it will make its way to home video on June 6, and you can see the latest promotional video in English via Bandai's Anime Channel below.

For those who missed it, February's shorter promo was all about showing off Full Frontal's formidable NZ-999 Neo Zeong.