Check Out Rin From "Free!" In SPLASH FREE Club Attire On A New Tapestry

Now all 5 of them are in Splash Free! themed outfits 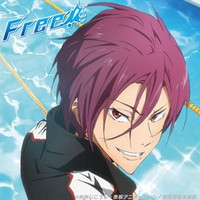 SPLASH FREE! was the title of the first ending theme to the first season of sexy summer swimming anime Free! sung by STYLE FIVE (which consists of Haruka, Makoto, Nagisa, Rei and Rin). The memorable club dancing scene for the song featured only 4 of the boys and many of the fans must have wondered where Rin was. New future merchandise for the KyoAni shop in Japan now confirms his place in the group. 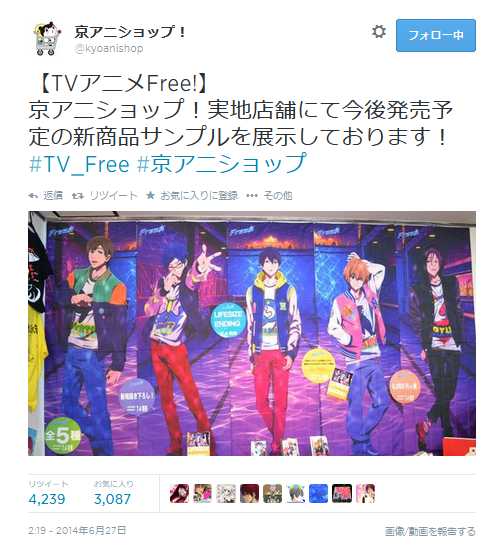 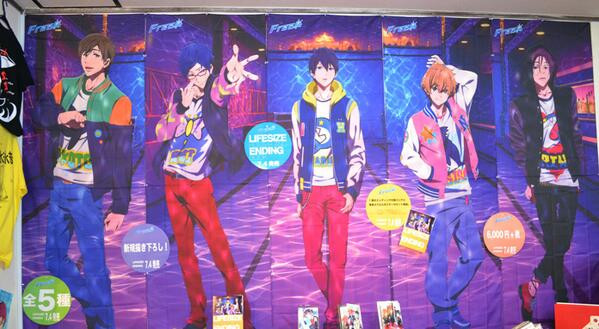 According to the tweet by the Official KyoAni Shop, the tapestry comes in 5 styles, featuring each of the swimming boys in the exclusive new illustration, which includes Rin for the first time in the ending theme casual club outfit. Always the stylish one, Rin's black varsity jacket has what seems like leather sleeves in dark purple and his T-shirt shows a part of his image animal, the shark with a red heart in the background. The sign in the image says the tapestry will cost 6000 yen plus tax and will be life-sized. Let's all wait patiently for the official release date and pre-order opening.