From Software shares some more footage out of Gamescom 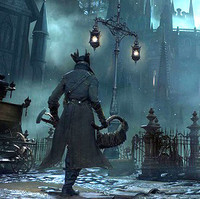 Officially revealed during Sony's press conference at this year's E3, Bloodborne is the next game from Demon's Souls and Dark Souls director Hidetaka Miyazaki. If you're bursting with excitement for the 2015 release, you'll love the gameplay footage From Software debuted during this week's Gamescom event in Cologne, Germany.