In commemoration of the release of the Blu-ray box sets 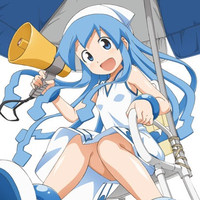 The Blu-ray box set of the first season of the Shinryaku! Ika Musume/Squid Girl TV anime series is scheduled to be released in Japan on September 17, then the second season's set (including the first OVA episode) will follow on December 17. In commemoration of the release, a special event titled "First Meeting! 'Ika Musume x Kanemoto Hisako' Talk & Live Show!" will be held at an as yet announced location in Tokyo on November 1. As the title says, the event will feature Hisako Kanemoto, the voice actress of Ika Musume/Squid Girl, and Squid Girl herself. The life-size Squid Girl will appear on stage using a transparent screen film called "POLID Screen" developed by Nico Nico Engineering Department.

In order to join the event, you need to pre-order the first limited edition of the Blu-ray box set of the first season (23,000 yen) at Canime.jp, then also need to win a raffle. The lucky winners will be announced

The image of Squid Girl at the event 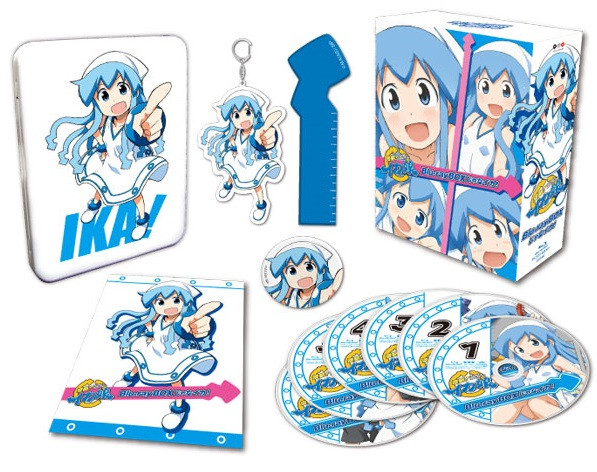