Atlus Confirms Margaret for "Persona 4 Arena Ultimax" in the Americas 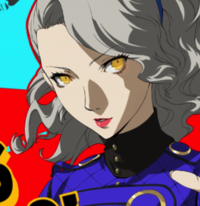 Atlus just swung in with some more info on the North American release of Persona 4 Arena Ultimax, confirming Margaret as a DLC character for the Americas. Persona 4's Empress Arcana and Velvet Room attendant will be paid DLC set to arrive one week after the fighter's September 30 launch on PlayStation 3 and Xbox 360.

There are also three new character trailers, this time highlighting Labrys, Ken & Koromaru, and Chie below.