1st album "Fantastic Voyage" will be released on November 26 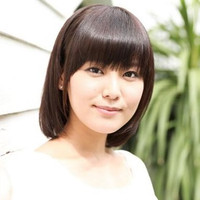 Victor Entertainment has announced that 26-year-old popular anime voice actress Hisako Kanemoto, who is best known as Ika Musume in Squid Girl, Cure Peace/Yayoi Kise in Smile PreCure!, and Ami Mizuno/Sailor Mecury in the on-going Sailor Moon Crystal,  will make her solo singer debut with the 8-song 1st album "Fantastic Voyage" to be released on November 26.

She has sung many theme/character songs for various popular anime/game series including the famous Squid Girl TV anime OP/ED songs, but this is her first song collection as a solo singer herself. It is produced as her "private album," so probably will not include any tie-up songs. The CD comes with a DVD containing a PV for "Sayonara Strawberry" and behind-the-scenes footage.