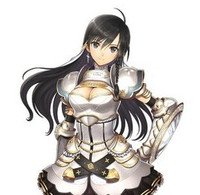 A couple new gameplay clips recently surfaced for Shining Resonance, which hits PlayStation 3 in Japan on December 11. Watch the RPG's protagonist Yuuma battle in the first clip, followed by Sonia in the second below.