Comedy manga serialized in Shonen Jump in the 1970s 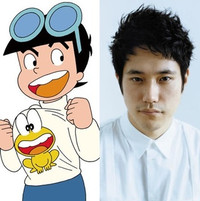 It is confirmed that 30-year-old actor Kenichi Matsuyama to star as the protagonist Hiroshi in the upcoming TV drama adaptation of Yasumi Yoshizawa's classic comedy manga Dokonjo Gaeru (Gutsy Frog). Matsuyama is well known for his portray as L in the live-action film adaptations of the Death Note mangs series created by Tsugumi Ohba and Takeshi Obata.

The first manga series was serialized in Shueisha's Shonen Jump from 1970 to 1976, then followed by a short-lived sequel Shin Dokonjo Gaeru in 1981-1982. It got two TV anime adaptations, the first was produced by Tokyo Movie in 1972-1974, the second by TMS Entertainment in 1981-1982. In both series, Masako Nozawa (Son Goku in Dragon Ball/Dragon Ball Z) voiced the protagonist Hiroshi, alongside Sachiko Chizimatsu as Pyonkichi, a talking frog on Hiroshi's turtle neck shirt.

Hiroshi whose age was 14, the TV drama will be told in the summer of 2015 and Matsuyama will play the

character at the age of 30. Pyonkichi on his shirt will be portrayed with the latest technology.

The TV drama will be aired on Nihon TV and its affiliates at 21:00 on every Saturday from this July. 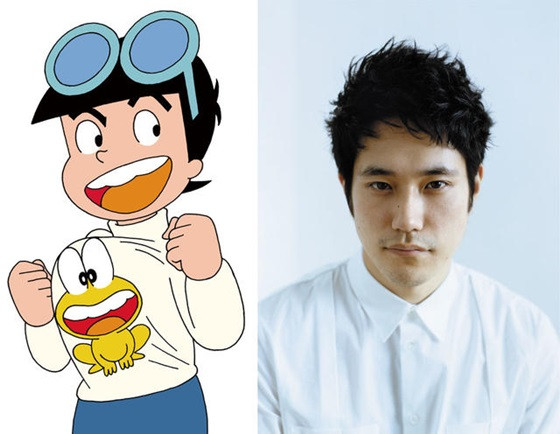 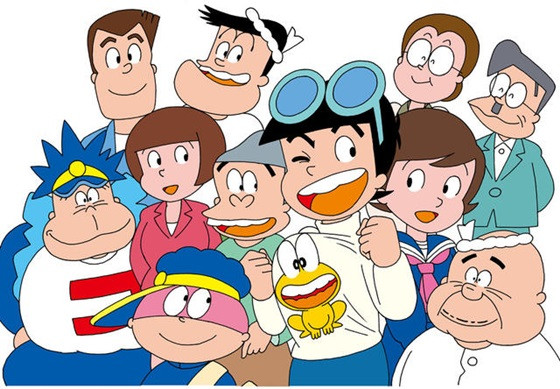 Tags
dokonjo gaeru, kenichi matsuyama, live-action
« Previous Post
Pro-Wrestler Mick Foley Discovers the "One Piece" Character He Inspired
Next Post »
A "Robot Wedding" in Aoyama? What's Going On Here?
Other Top News
0 Comments
Be the first to comment!
Sort by: