"Ar nosurge Plus" Hits PS Vita in the West This July 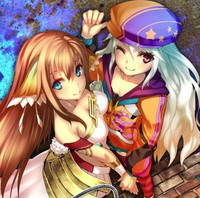 Koei Tecmo announced plans for the western release of Ar nosurge Plus: Ode to an Unborn Star, the enhanced PS Vita port that adds in new costumes, all the DLC from the previous version, and more. The downloadable RPG is officially set to launch in Europe on July 1, followed by North America on July 2.