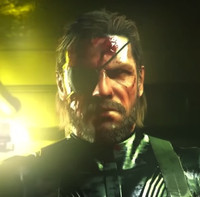 Konami unveiled the Metal Gear Solid V: The Phantom Pain E3 trailer, directed and edited by Hideo Kojima. See what he cooked up for what seems to be his last hurrah with Konami below.