Next entry hits consoles and PC on September 1 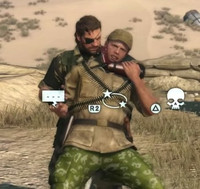 As nice as it was to see the latest Metal Gear Solid V: The Phantom Pain trailer directed and edited by series mastermind Hideo Kojima, it's even better to soak in some pure gameplay. See 40 minutes of the next sprawling entry in the E3 2015 gameplay demo below.