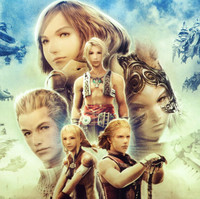 Sounds like a bit of unconfirmed information was divulged during a Final Fantasy Distant Worlds concert in Pittsburgh, PA. Composer Arnie Roth said there's "a Final Fantasy XII remake underway," marking the first time such a project has been mentioned.

According to Roth, the FFXII remake is coming "soon," but it seems more likely that this would be a remaster more along the lines of X and X-2. The mention didn't just come out of nowhere; Hitoshi Sakimoto, composer for Final Fantasy Tactics and Final Fantasy XII, was also in attendance.

Here's some footage of what went down at Distant Worlds: