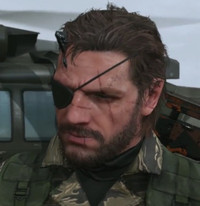 The new trailer wasn't the only Metal Gear Solid V: The Phantom Pain footage to come out of this week's Gamescom 2015 event. Konami also shared a big chunk of gameplay in a demo video, showing Mother Base and other features of the upcoming console and PC entry.

Metal Gear Solid V: The Phantom Pain hits PlayStation 3, PlayStation 4, Xbox 360, Xbox One, and PC on September 1, with the Metal Gear Online component to follow on consoles on October 6 and PC in January 2016.