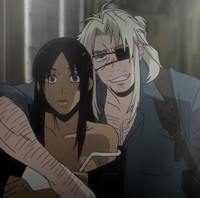 FUNimation's new season of Broadcast Dubs kicks off tonight, with Prison School set to debut in dubbed form at 8:30pm ET, followed by Gangsta. at 9:00. The dub for the former was previously revealed, and now FUNimation has the full info on the latter. See the cast and crew list for Gangsta., followed by a quick preview video, below.