Angela Balzac of "Expelled From Paradise" Gets a Cheeky Mousepad 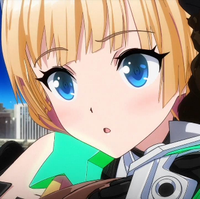 Japan's Tora No Ana likes to add to the Summer Comiket rush every year by holding an exhibit dedicated to new otaku products for customers to purchase during the year in the middle of the event. This year's exhibition is no different with one of the main products being shown off is a new mousepad showing off Angela Balzac's most prominent charm point.

The mousepad will be sold by Softgarage Japan, but the company has yet to confirm pricing or availability. To add to the exhibit, Tora no Ana is also allowing attendees to "test" and take pictures of the mousepad, according to the official site.