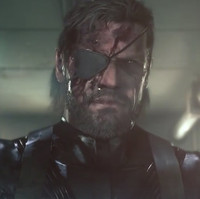 Metal Gear Solid V: The Phantom Pain's September 1 worldwide release date is fast approaching, and reviews have been rolling in even faster. Many sites are giving Hideo Kojima's latest entry the highest of marks, and Japanese gaming mag Famitsu gave it a rare perfect score of 40/40 from its stable of reviewers. Get ready for action with the launch trailer below.

Konami also shared some details on the companion app: