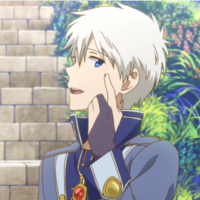 Warner Brothers Anime has posted a trailer for the OVA Snow White with the Red Hair, set to be released with the limited edition of volume 15 of Sorata Akiduki's manga. Pre-orders are open through November 11th ahead of a January 5th release. The TV anime's eyelis are back for theme "Ginsekai."

Tags
snow white with the red hair
« Previous Post
FEATURE: Aniwords – Save Me, I Love These Anime Too Much
Next Post »
"Samurai Warriors 4: Empires" Heads to the West Next March
Other Top News
11 Comments
Sort by: