New screenshots show game-play for PS Vita game to be released on March 03, 2016 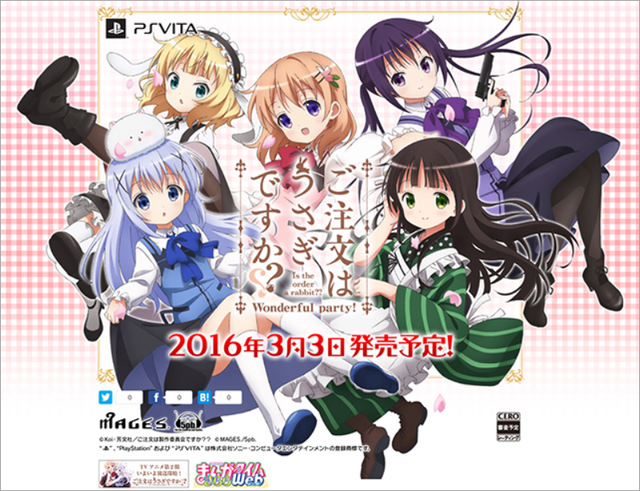 New screenshots are available for Is the Order a Rabbit?? Wonderful Party!, an upcoming cafe simulator / adventure game developed by 5pb. Inc. for the PS Vita portable video game console. 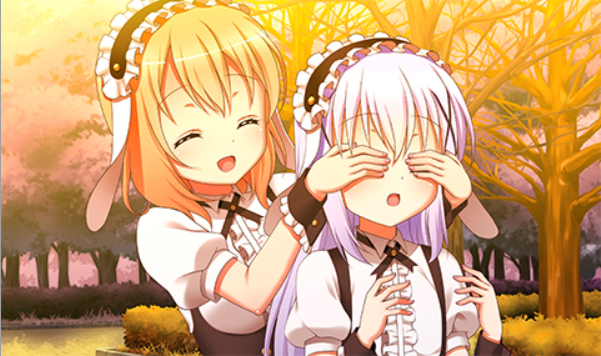 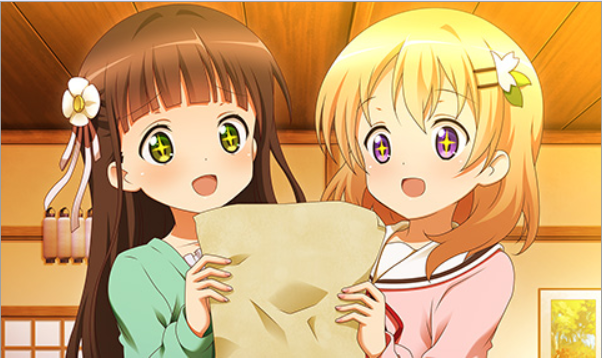 The game is based on Koi's manga and TV anime of the same name. In it, players take the role of Cocoa as she tries to increase sales for the Rabbit House cafe in time for Chino's birthday. In the 2nd part of the game, Cocoa prepares for the cafe's Christmas party. 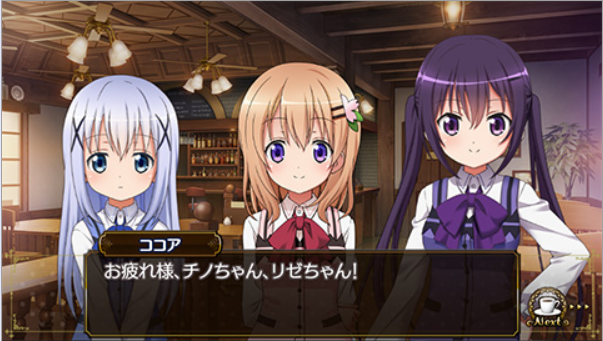 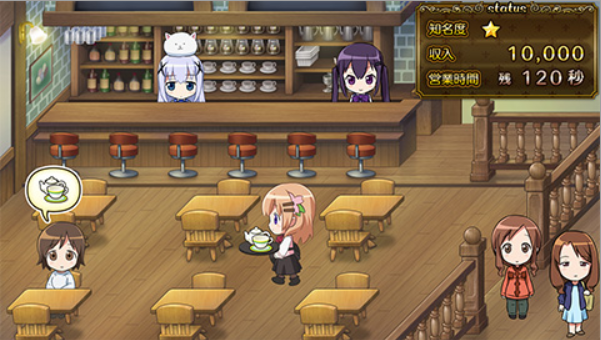 Additionally, it has been announced that the limited edition release of the game will come with an original soundtrack and a chibi figure of Chino. The figure will be approximately 9 centimeters (3.54 inches) tall. 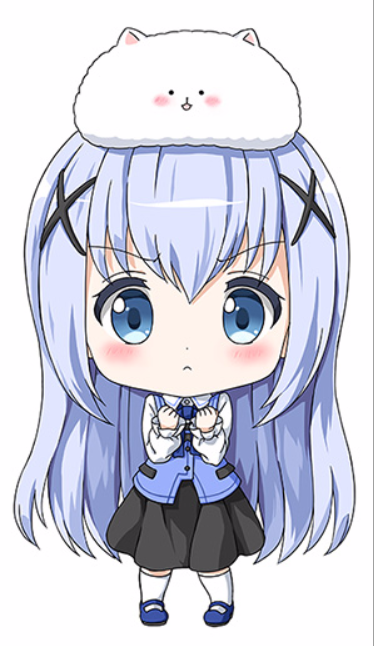