News hyped as one of the biggest announcements of the year 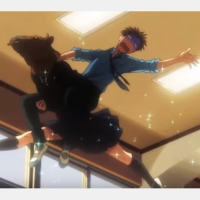 Hyped as one of their biggest announcements of the year, Sentai Filmworks has announced plans to release fan favorite Monthly Girls' Nozaki-kun on home video. While details have not been revealed yet, they have previewed the Premium Box Set edition.

It's Friday, but we can't wait until next week, when we'll make one of our biggest announcements of the year! :O pic.twitter.com/JBvELEfzz5

Last week we talked about a big announcement coming THIS week, & I am personally very excited to reveal it later today for a few reasons...

1) It's something that we've been waiting to announce for a while now & 2) It happened largely b/c of the response we got from you all. :)

We'll have more info on what will be included in our recently announced Nozaki Premium Box Set soon, stay tuned! pic.twitter.com/0QSdSH6fYl

Love is the spirit that motivates an artist’s journey. Or, rather, it can and should be. Of course, for mangaka artist Nozaki… he’s clueless when it comes to those special feelings of love coming from his own classmate. It’s the age-old tale: the girl’s into a guy that barely knows they exist. And it’s no different for Sakura. While all she can think about is him, all he cares about is the publication deadline looming over his head. Unfortunately, this all came about because Sakura didn’t share her true feelings with Nozaki. This all leads to a huge misunderstanding – and, as a result, Sakura becoming his assistant. Little did she know, but she now works for one of her favorite mangakas. Only she’s a he! And that’s the strange part; Nozaki is the creator of the popular shojo manga, Let’s Have a Romance!,under the alias of Yumeno Sakiko. So, how could such a stubborn numbskull such as Nozaki be so in touch with a girl’s wants and needs to create such inspiring stories that Sakura loves?  And will she spoil their working relationship to finally admit how she really feels about him? Time can only tell as this rom-com tale unfolds in MONTHLY GIRLS’ NOZAKI-KUN!