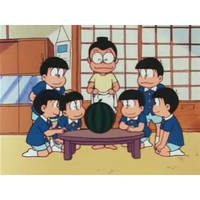 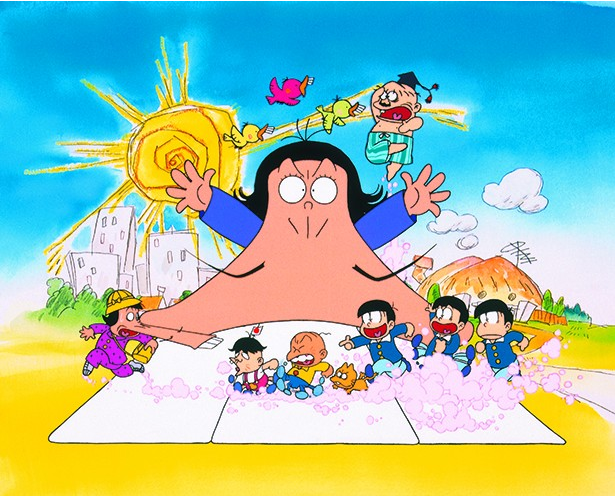 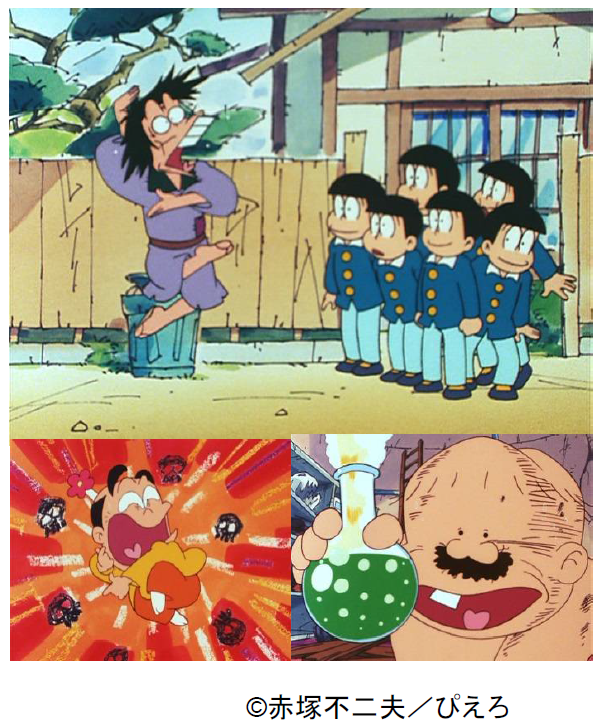 The re-broadcast of Osomatsu-kun begins on Chiba TV on November 17, 2015, at 5:30 PM JST, and will it continue every Tuesday at the same time on a weekly schedule thereafter. Please note: Although the series originally ran for 88 episodes, only 86 episodes are listed for the re-broadcast.