Both titles in the Yakuza series are making their western debuts. 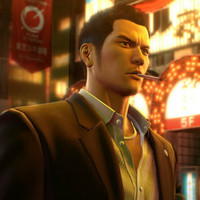 Some pretty surprising announcements took place during today's PlayStation Experience 2015: Yakuza 5 will be releasing next Tuesday, December 8 for North American and European gamers, and Yakuza 0 was confirmed for a western release.

Sega will be bringing Yakuza 0 to the Americas as both physical and digital editions, and released a trailer showing off what we can expect from the fantastic entry in the series. Players will follow Kazuma Kiryu as he attempts to right the wrongs done to him after the blame was placed on him after a debt collection gone wrong.

It's going to be an interesting year with both Yakuza games on the horizon, and Yakuza 5 available next week. Who's going to be picking it up?