"When They Cry - Higurashi no Naku Koroni" Streams On Hulu

A new DVD and Blu-ray release is coming March 15th 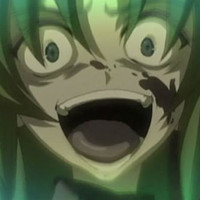 The complete 26-episode series is available with subscription.

When They Cry was originally acquired by Geneon. FUNimation acquired the distribution license to the show with the other Geneon titles in 2008 after Geneon ceased to distribute titles in North America, but subsequently let the properly lapse.

A new DVD and Blu-ray release is coming March 15th.