Nintendo 3DS RPG launches in the Americas on July 12 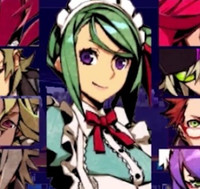 Following up on Sega's Timeline and Character Creation trailers, Atlus is taking over with the next preview of 7th Dragon III Code: VFD. This time we have our first English preview of the battle system in the trailer below.