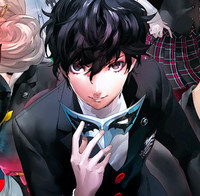 Atlus USA announced a western release date for Persona 5, lining it up nicely with Valentine's Day on February 14, 2017. Pre-orders are now up for both the SteelBook Launch Edition and the "Take Your Heart" Premium Edition, which is exclusive to the PlayStation 4 version of the RPG.

The collector's edition release will pack the game with a 64-page hardcover art book loaded with character designer Shigenori Soeijima's drawings, a 4-inch plush figure of Phantom Thieves mascot Morgana, a collectible SteelBook case, a soundtrack CD, and a school bag modeled after Japanese-style bags, all in a huge Persona 5-themed box.

The "Take Your Heart" edition will be priced at $89.99, and you can see a rough sample of it along with the SteelBook launch edition below. 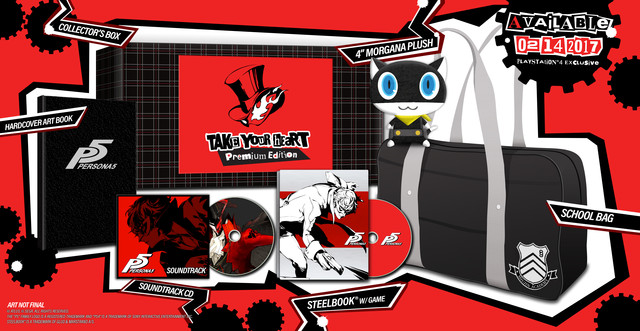 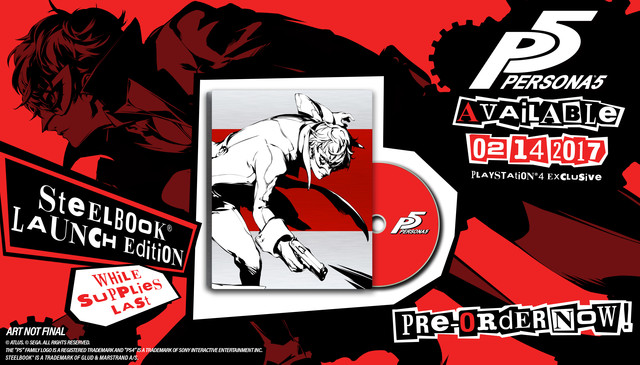 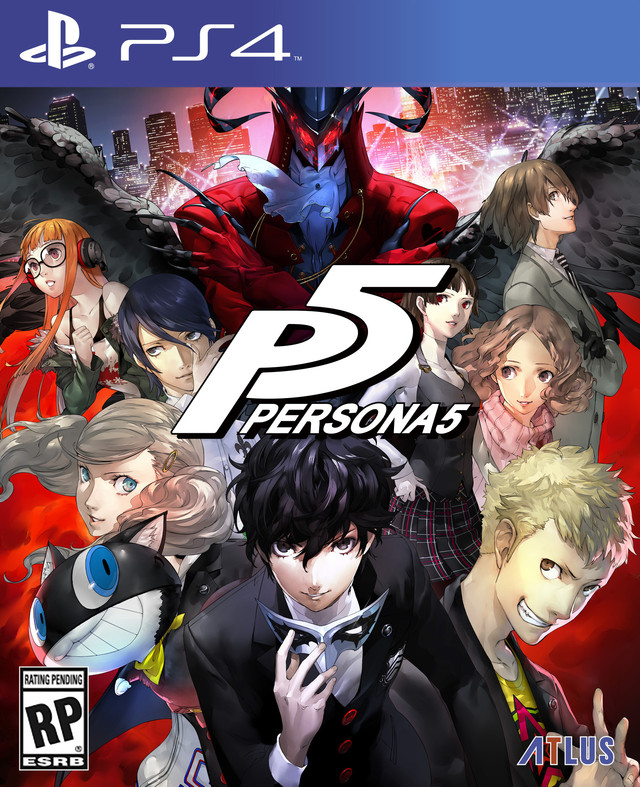 Shigenori Soejima will be at Atlus' E3 booth next week.

Atlus also confirmed that the PlayStation 3 version is still planned, and will retail for $49.99.

Persona 5 is a game about the internal and external conflicts of a group of troubled high school students - the protagonist and a collection of compatriots he meets in the game's story - who live dual lives as Phantom Thieves. They have the typically ordinary day-to-day of a Tokyo high schooler: attending class, after-school activities, and part-time jobs. But they also undertake fantastical adventures by using otherworldly powers to enter the hearts of people. Their power comes from the Persona, the Jungian concept of the "self"; the game's heroes realize that society forces people to wear masks to protect their inner vulnerabilities, and by literally ripping off their protective mask and confronting their inner selves do the heroes awaken their inner power, and using it to help those in need. Ultimately, the group of Phantom Thieves seeks to change their day-to-day world to match their perception and see through the masks modern society wears.