See the different forms existing Pokémon can take in the region 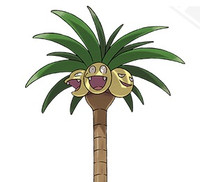 Pokémon Sun and Moon are bringing along their own unique additions to the series, including Alola Forms, which are regional variants for some of the Pokémon we know and love. Fans are already having fun with the Alolan Exeggutor, which is basically a giant walking palm tree, and you can see more Alola Forms along with a preview of Z-Moves and more in the trailer below.

An official description of Alola Forms from the game's website:

Some Pokémon have adapted to the distinctive microclimates of the Alola region, taking on different forms than they have in other regions. These Pokémon are called regional variants. Taking root in the Alola region, they live like native Pokémon. Regional variant Pokémon can have different appearances and types, and their ways of living can also differ from that of the forms previously known.