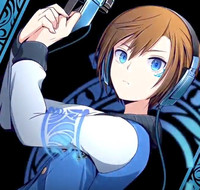 Despite recently being pushed back to a Q1 2017 launch in North America, Akiba's Beat isn't slowing down with the English character trailers. The latest to get the subbed treatment introduces Mizuki Aihara, so check out the character in story scenes and battles below.

Akiba's Beat's Japanese launch is on track for this December.