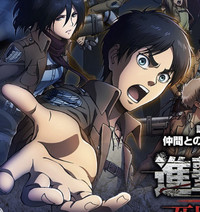 If you like talking heads, you'll love the first set of screens for the upcoming Attack on Titan adventure game. As previously reported, Attack on Titan: Escape from Certain Death puts players in the role of a Survey Corps member in a dire situation, lost in a castle with no equipment. Together with the help of the series' stars—like Mikasa and Levi, depending on your custom character's gender—you'll attempt to survive and escape.

While that sounds potentially thrilling, don't forget that this is an adventure game from Neo Romance developers Ruby Party. Famitsu has the first screens, so you can get an idea of how the visual novel will look as it plays out on Nintendo 3DS. 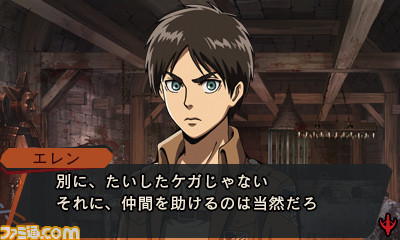 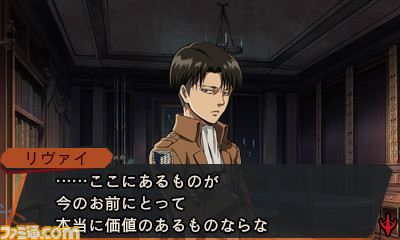 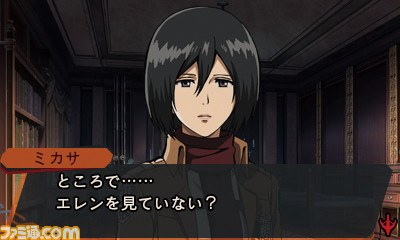 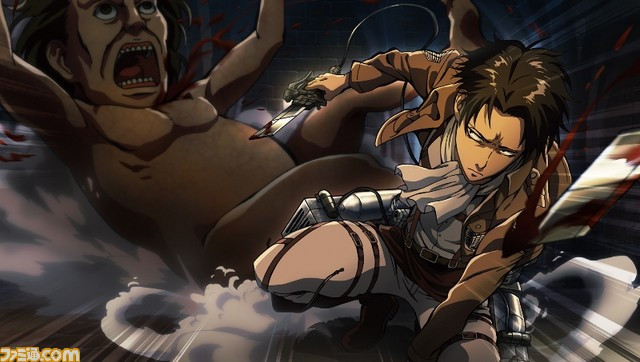 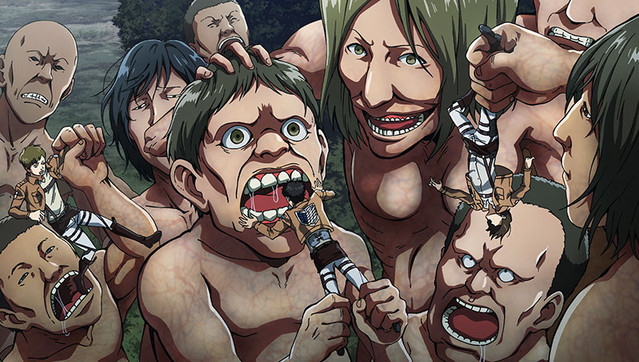 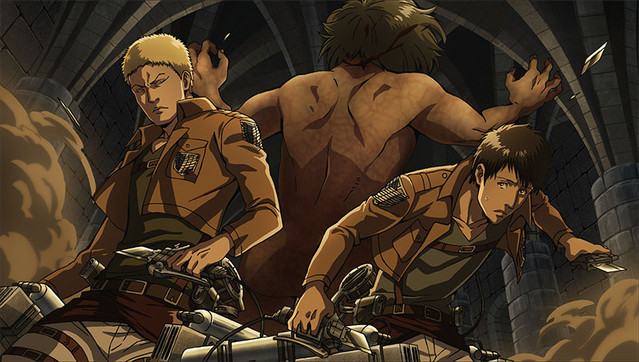 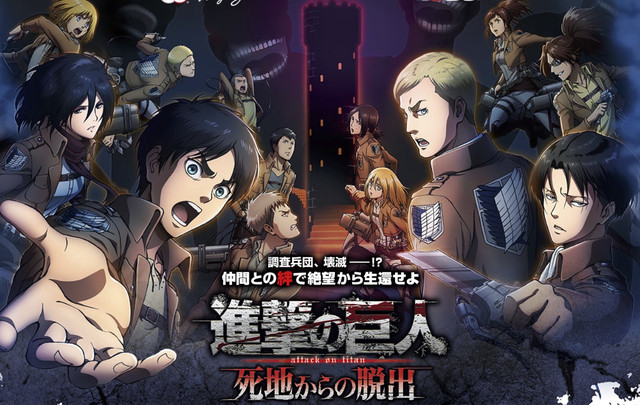