Buckle Up for 40 Minutes of "Yakuza 6" Gameplay 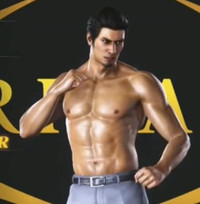 We're less than a month out from the Japanese launch of Yakuza 6, and that milestone was recently celebrated in an appropriately named "One Month Before Release" live stream. If you're in the mood for an extended preview, you can sit back and relax for around 40 minutes of Yakuza 6 gameplay footage below.