Second arrest for "your name." illegal uploading is also reported 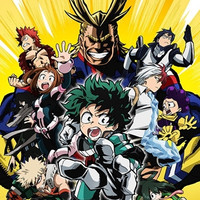 On November 29, Gunma Prefectural Police arrested a 35-year-old newspaper delivery man from Sendai-city, Miyagi Prefecture, on suspicion of using the file sharing software Perfect Dark to illegally upload two files including the TV anime My Hero Academia. According to the police investigation, the suspect made the files available to the public on the internet without the permission from the anime's two copyright holders in Tokyo between May 29 and July 1. He has already admitted the charge, saying "I wanted to show the good anime to other people."

Meanwhile, Gifu Prefectural Police referred a 36-year-old unemployed man residing in Naha-city, Okinawa Prefecture, to the Public Prosecutors Office on a charge of alleged copyright infringement (violation of public transmission rights) on November 24. The man is suspected of uploading a file of Makoto Shinkai's anime film Kimi no Na wa./your name. onto the internet using the file sharing software

Share around October 20. This is the second criminal charge for illegal uploading of the film following

the 54-year-old unemployed man in Kanagawa Prefecture early this month. As with the first one, the

in September, and has been posting their messages to ask people not to watch the film by illegitimate