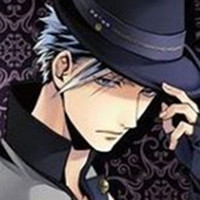 If you've never heard of Tsukino Productions or their clients, don't worry -- they're not real. TsukiPro is a fictional company representing fictional idol groups (most of whom are voiced by professional voice actors) that releases songs and music videos on their YouTube channel, as well as creating multimedia expansions like iPhone games. But if that interests you and you'd like to see more, you're in luck:

TsukiPro the Animation is about to happen. 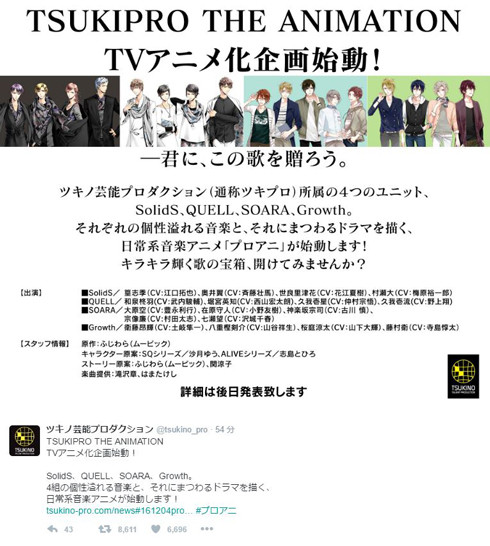 At a recent TsukiPro event hosted by Movic, it was announced that the fictional agency and four of its popular male idol groups would become the subject of a new anime series. No information has been given on when it will be released, but we do know who the central characters will be: the boys of SolidS, QUELL, SOARA, and Growth.

More information about the fictional company and their massive pool of talent can be found on their website.