"We didn't know it was illegal." 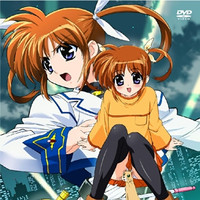 On December 7, Tochigi Prefectural Police arrested two Chinese men, both residing in Arakawa Ward, Tokyo, for selling an item illegally using an image of Nanoha Takamachi from the Magical Girl Lyrical Nanoha anime series. One is 26 years old and another is 30. The former is the president of an import and sales business company in the ward.

According to the police investigation, the two suspects put up the item using the character illustration without the copyright owner's permission to an internet auction site and sold it to a man in Tochigi Prefecture for 3,000 yen (about 26.38 US dollars) in April.

The two have denied the charge, saying "We didn't know it was illegal." The police have seized about 200 pirated items of the same kind, and is investigating some other crimes by them.