TV anime based on the seinen manga by Mengo Yokoyari joins the noitaminA block on January 18, 2017 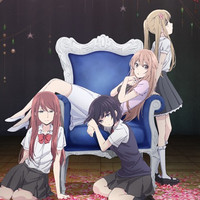 A new key visual is now available for Scum's Wish (known in Japan as Kuzu no Honka), an upcoming TV anime based on the seinen manga by Mengo Yokoyari about young people who are living a lie. 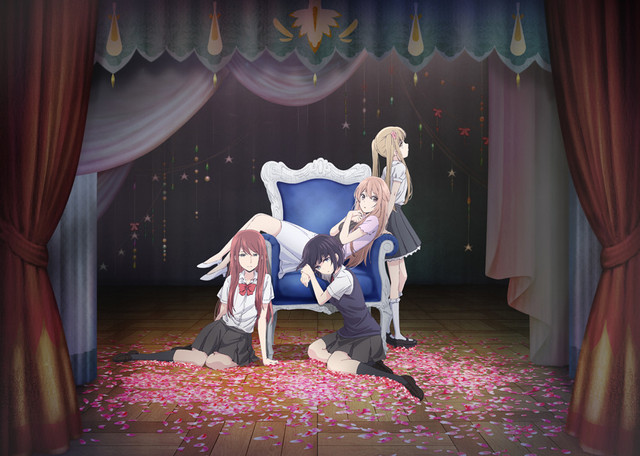 The new artwork above features the main female characters of the show (Sanae, Hanabi, Akane, and Moka) posing on a stage surrounded by fallen rose petals, suggesting that their relationships are not as innocent as they appear. 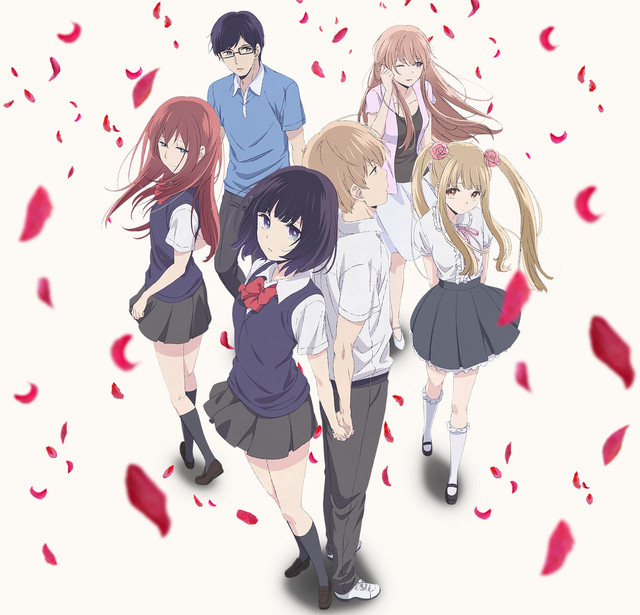 The original Scum's Wish manga is serialized in Square Enix's Big Gangan seinen manga magazine, and is also available via simulpub digital distribution on Crunchyroll. An English language version is also published in print by Yen Press, who describe the series as follows:

"Mugi and Hanabi are the perfect high school couple...but their relationship is built on a single shared secret: They're each in love with someone else."

The Scum's Wish TV anime is directed by Masaomi Ando and features animation by Lerche. The series will be broadcast as part of Fuji TV's noitaminA block beginning on January 12, 2017. Like other noitaminA series, Scum's Wish is licensed for international distribution by Amazon Prime.