Crowdfunded project is still in the works for PC, Mac, and Nintendo 3DS 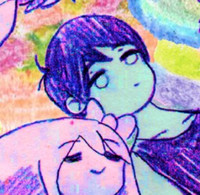 It's been a while since developer Omocat smashed a $22,000 Kickstarter goal to fund the "surreal psychological horror RPGmaker game" Omori. A couple years isn't a long time in the world of crowdfunding, especially for a game, but some folks out there have likely been longing for a more substantial update.

That update came just in time for the new year, and a fresh trailer came along for the ride. Omocat is still hard at work on Omori, and while development hasn't been without its fair share of hiccups and illnesses, you can see the latest preview below.

And you can read more about the development process and the various problems that have arisen in the latest Kickstarter update.